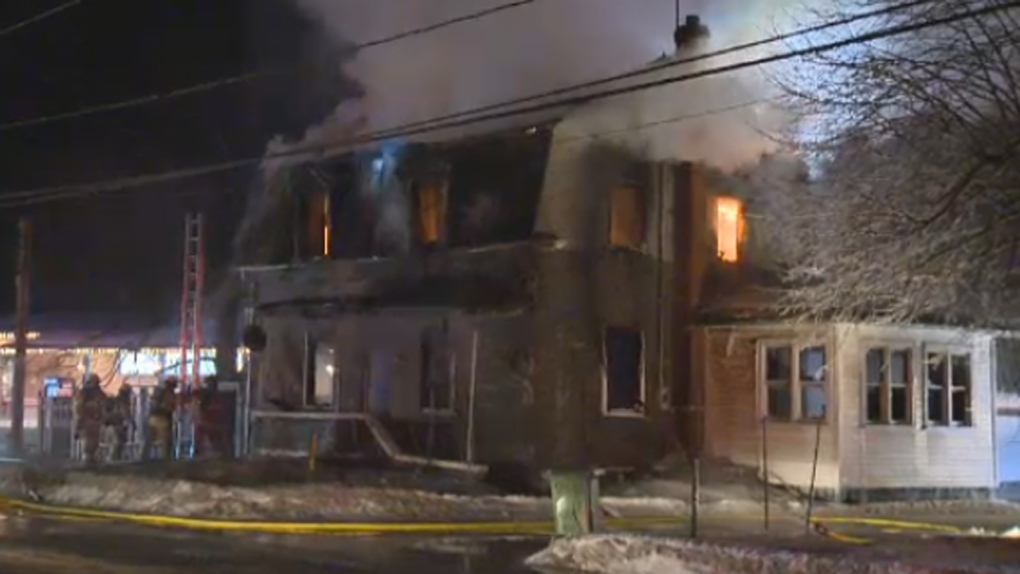 Firefighters arrive at 967 St. Jean Baptiste Blvd. in Mercier to extinguish a fire. They were unable to prevent the house from being destroyed. (Jan. 9, 2014)

Fire destroyed a house in the South shore community of Mercier on Thursday night.

The fire started at 8:45 p.m. and quickly spread throughout the house, burning so fiercely that crews from neighbouring municipalities were called for assistance.

Firefighters were able to prevent the flames from spreading to any neighbouring buildings but could do nothing to stop the fire from destroying the house.

The home was vacant at the time of the fire, and reportedly had been unoccupied for the past three weeks.