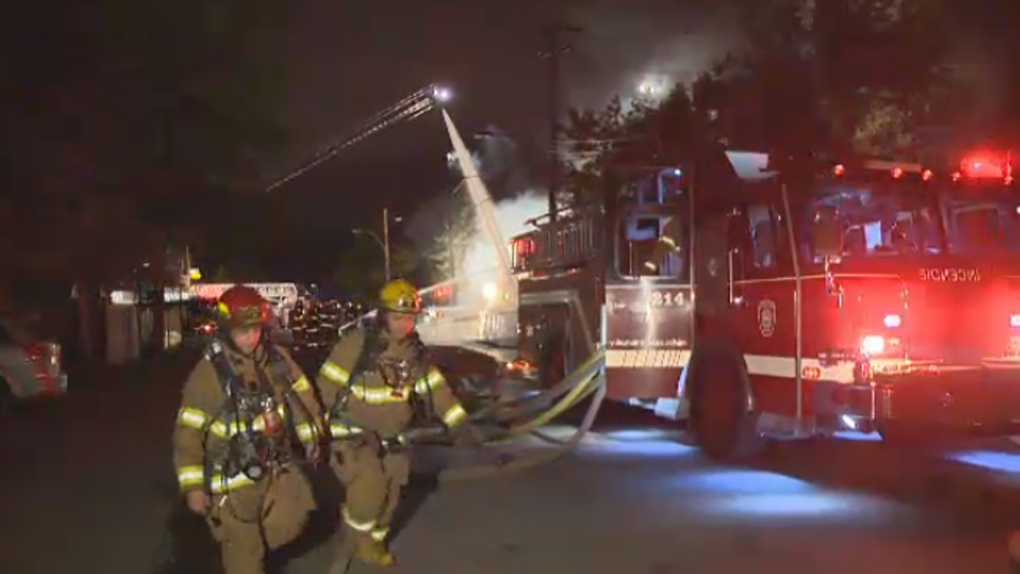 Firefighters walk past a ladder truck and hose spraying water onto a home under construction that caught fire Monday May 20, 2013.

A home under construction went up in flames overnight.

Several dozen firefighters rushed to the scene and were soon able to extinguish flames at the semi-detached house, but not before the structure was badly damaged.

The Montreal police arson squad has taken over the investigation since there was no apparent cause for the fire.