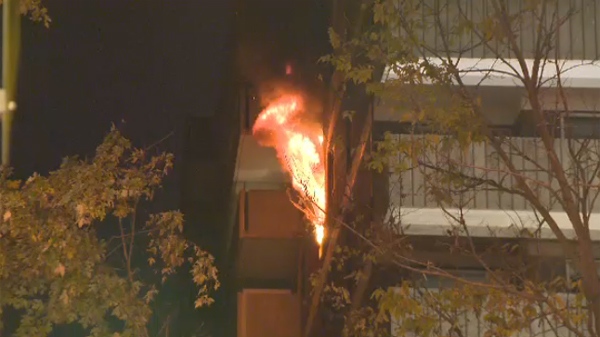 Dozens of people were evacuated from their downtown Montreal homes overnight as when an apartment burst into flames.

When firefighters arrived flames were shooting out the apartment's window.

The building was immediately evacuated, and one person was taken to hospital after inhaling smoke. That person's life is not in danger.

60 firefighters did their job and put out the fire, limiting damage to the apartment where the fire started and several adjoining units. Damages are estimated at $100,000.

Once the fire was extinguished the residents of 1530 Dr. Penfield Ave. were allowed to return home unless their apartment had been damaged.