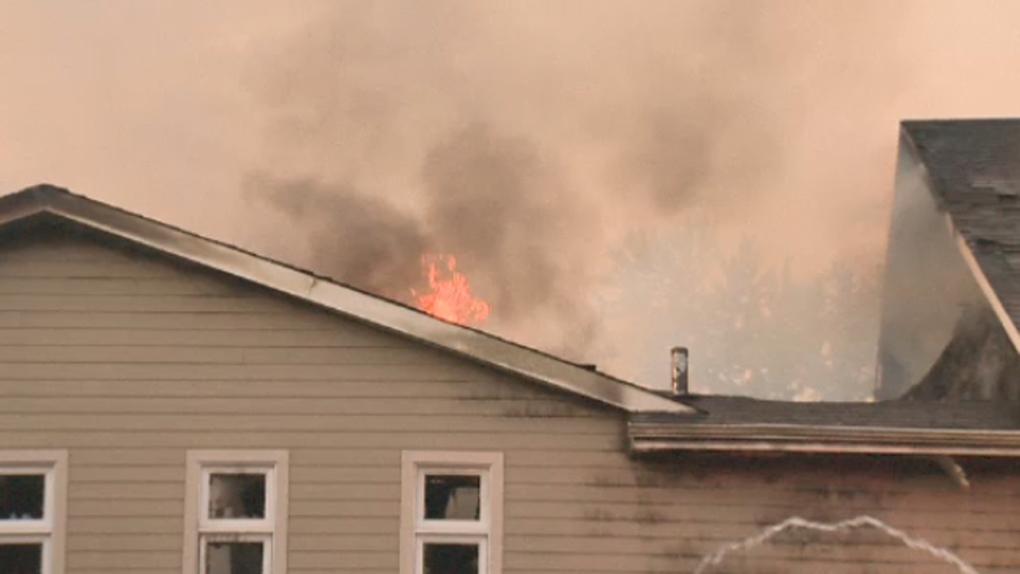 Flames burn through the roof of the Grace Gospel Hall on Fifth Avenue in Pincourt (July 4, 2013)

The Grace Gospel Hall in Pincourt is heavily damaged after a fire burned through the building.

The fire began around 4:30 a.m. Thursday at the place of worship on Fifth Avenue and damaged four nearby buildings.

The fire took two hours to quell and required the work of 45 firefighters from five municipalities. At least half of the church is heavily damaged and damage is estimated at $400,000.

While the fire did not spread beyond the Gospel Hall, the heat was intense and melted vinyl siding on nearby homes, while several windows shattered and at least one shed was damaged.

Nobody was hurt at any point.

Firefighters say the nature of the fire, the way it spread so quickly, and the fact nobody was in the church at the time have led them to believe someone may have deliberately started the fire.

The Surete du Quebec, which handles policing for the off-island municipality, will investigate to determine the fire's cause.