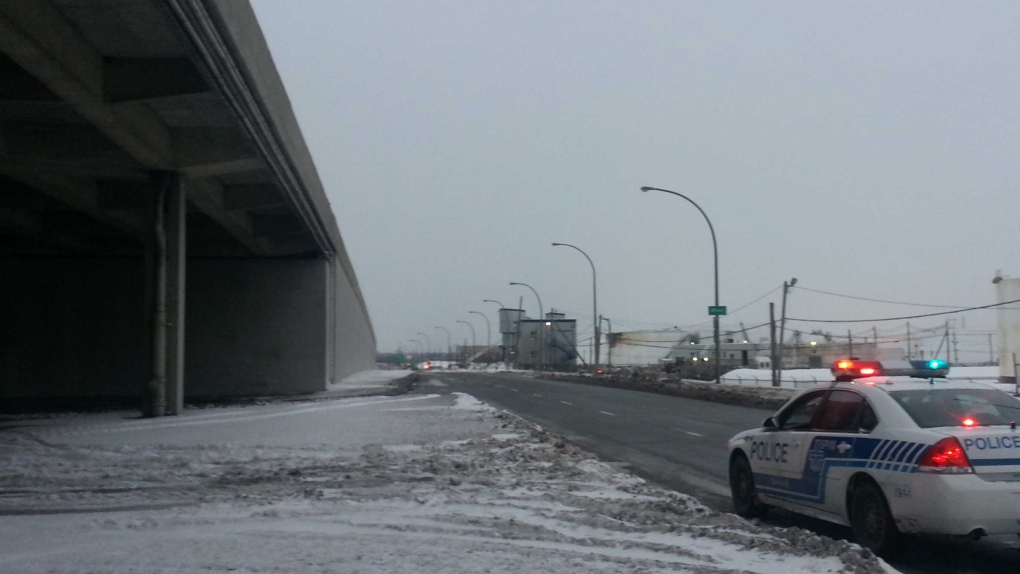 Water is sprayed onto a Suncor reservoir which the Montreal fire department feared could explode.

MONTREAL—A fire at a large fuel reservoir in Montreal’s east end led to the brief closure of the eastbound 40 Highway on Sunday afternoon.

A fire earlier Sunday started at 10:15 a.m. at a large Suncor reservoir near the intersection of the 40 Highway and Marien Ave.

In the middle of a large industrial park with a number of reservoir farms and refineries, the fire was quickly brought under control by Suncor employees and the Montreal fire department dispatched a number of trucks as a precaution.

However, the fire reignited just after 2:45 p.m. and the Montreal fire department was dispatched to control what operational chief Francis Leduc described as a “minor” incident.

Montreal police and the Surete du Quebec were on hand to help reroute traffic from the closed highway.