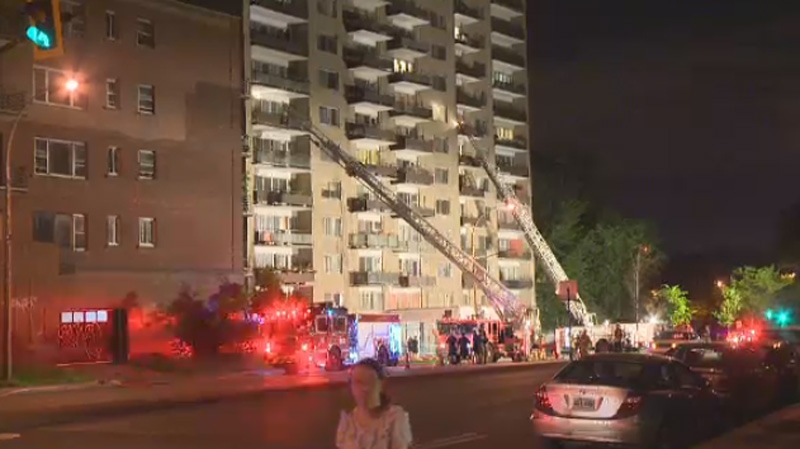 Firefighters are seen at the site of the fire Tuesday at a high-rise on Cote des Neiges Blvd. (CTV Montreal)

About 100 residents were temporarily evacuated when a blaze broke out on the 17th floor at a high-rise apartment building at 4530 Cote des Neiges at around 10 p.m. Tuesday.

Firefighters later determined that an electrical problem in the kitchen caused the fire.

The resident of that apartment was not home at the time and has since been taken in by the Red Cross.

Damages are estimated at $25,000 and are limited to the one unit.

Thirty firefighters came to the scene of the fire near the corner of Forest Hill and stayed about 90 minutes. No injuries were reported.