Finally almost all of Quebec will be covered in snow, cold returns Monday

MONTREAL -- Quebec is in the middle of its first real snowstorm of the winter this weekend and, this time, the snow will stay on the ground with a return to colder temperatures coming at the start of the week.

Quebecers will generally have to shovel between 15 and 35 cm of snow by Sunday, depending on the location, or even up to 50 cm of snow in the Gaspe.

"Of course we are late compared to normal," said Environment and Climate Change Canada meteorologist Simon Legault. "There are a lot of places where there is less snow than normal. This is not unheard of, but it's still exceptional, as a delay.

The first good dump of snow will cover a good part of the province and even northern New Brunswick.

The first accumulations started to appear before dawn on Saturday in southern Quebec and the storm is expected to move gradually eastward into the Maritimes.

In the greater Montreal area, between 15 to 20 centimetres of snow will fall by Sunday morning, according to Environment Canada forecasts. 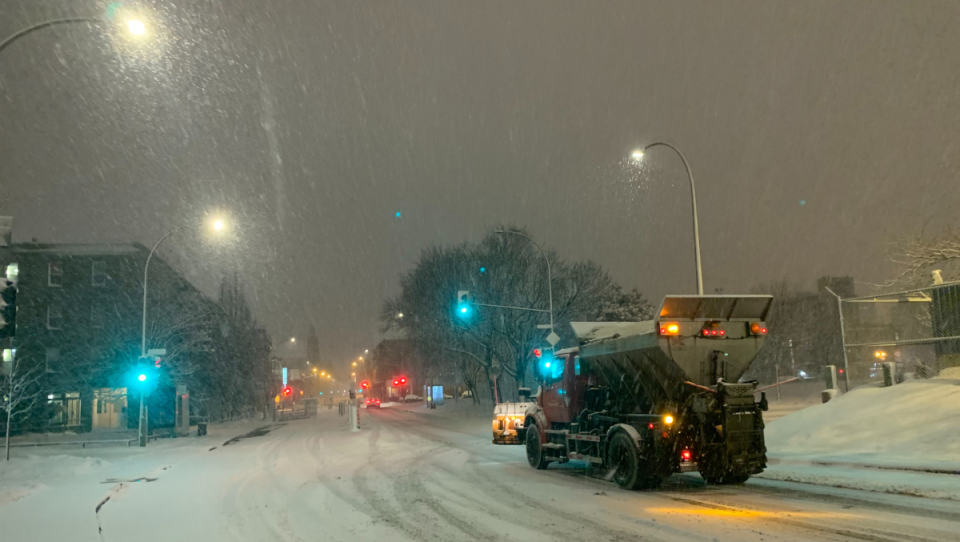 In the Laurentians, skiers will have something to celebrate.

"The largest accumulations of snow are still north of Montreal - where we will have 25 to 35 centimetres of snow, perhaps - in the Laurentian mountains and as far as Charlevoix," said Legault. "In Mauricie, the rapid accumulation of snow could make travel difficult and the region could receive up to 35 centimeters of snow by Sunday morning."

It's going to be windy in the east, along the St. Lawrence River, Legault added.

In fact, in the greater Quebec City region, strong winds will make life difficult for motorists, and forecasts predict between 15 and 30 centimetres of snow.

In the Charlevoix region, snow accumulations will total between 15 and 30 centimetres by Sunday.

There too, snow and winds will make travel difficult.

Winter conditions could even become dangerous in the Baie-Comeau region in the evening, due to snow and winds, even if the total expected accumulation is only 20 to 30 centimetres by Sunday.

"All easterly winds, in northern New Brunswick, in Baie-des-Chaleurs, in the Gaspeé and in the Magdalen Islands, will be a little stronger. On the North Shore, we will have good easterly winds. Maybe a little southeast at times, but good winds," said Legault.

In the Gaspé, Quebecers will need to go out more than once to shovel since the storm could leave up to 50 centimetres of snow there from the night of Saturday to Sunday and until Monday.

Visibility will suddenly be reduced or almost zero at times in heavy snow and blowing snow.

A storm surge warning is also in effect for the Perce and Forillon - Gaspe national park sectors.

Higher than normal water levels and big waves are forecast near the coast on Saturday. 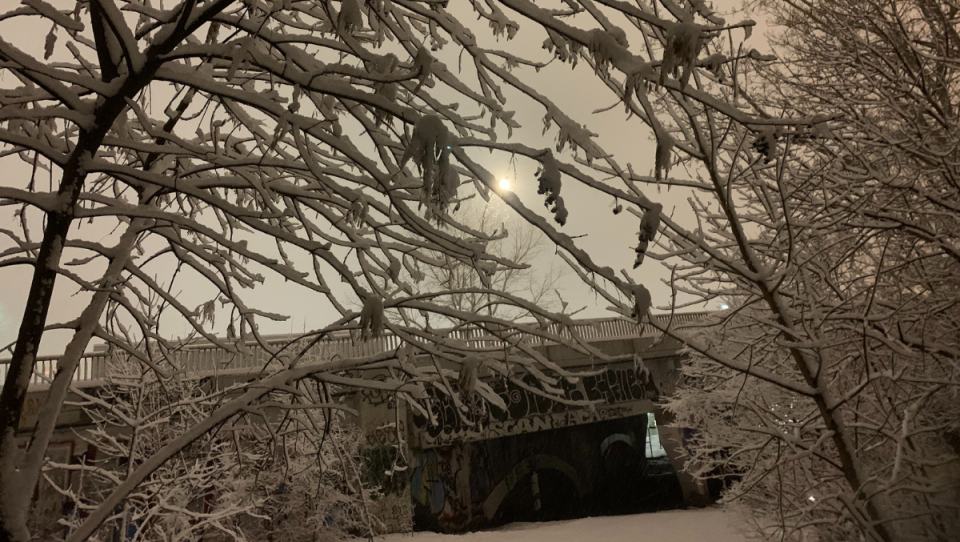 A TALE OF ICE AND SNOW IN NEW BRUNSWICK

If New Brunswickers need their shovel in the north of the province, further south, umbrellas will be called for, or even a call to stay at home to avoid falling on the ice.

THE COLD WILL RETURN

"We will not have an extreme cold," said Legault. "It's just that there will be a contrast between what we are currently experiencing."

For example, in the Quebec City region, where the temperature has been oscillating around freezing for a few days, the change will be striking.

"We will still have the sun, but the nights will be below normal, which is below -15 degrees Celsius. So we'll have a return to what winter is supposed to be."