Montreal Mayor Valerie Plante says the city will redirect the remaining funds contracted to Fierte Montreal toward an independent investigation into why the flagship Pride parade was cancelled just hours before it was set to start.

The mayor outlined the plan during an interview with Natasha Hall and Aaron Rand on CJAD's Montreal Now broadcast, calling the cancellation a "fiasco."

"There is a trust link that needs to be re-established," she said. "Let's be honest, what happened on Sunday had an impact on Montreal's reputation."

The independent investigation, which the mayor said wants to be completed as soon as possible, will be separate from Fierte Montreal's internal inquiry. The person who will lead the probe will be announced by the end of the week, the mayor's political party said in a series of tweets on Wednesday.

"There seems to be a lot of mixed information," she told CJAD, adding that neither her administration nor Montreal police heard anything from the organization to suggest the event wouldn't happen.

According to its 2020 to 2022 budget, the city pledged $600,000 in funds to Fierte Montreal, the organization in charge of planning Pride events.

She told CJAD that money has mostly already been paid. However, the last remaining installment of roughly 10 per cent will instead go towards the investigation.

However, the money which has already been spent will not be recalled, noted the mayor.

"All the other events during the week happened," she said. "It was a success until Sunday." 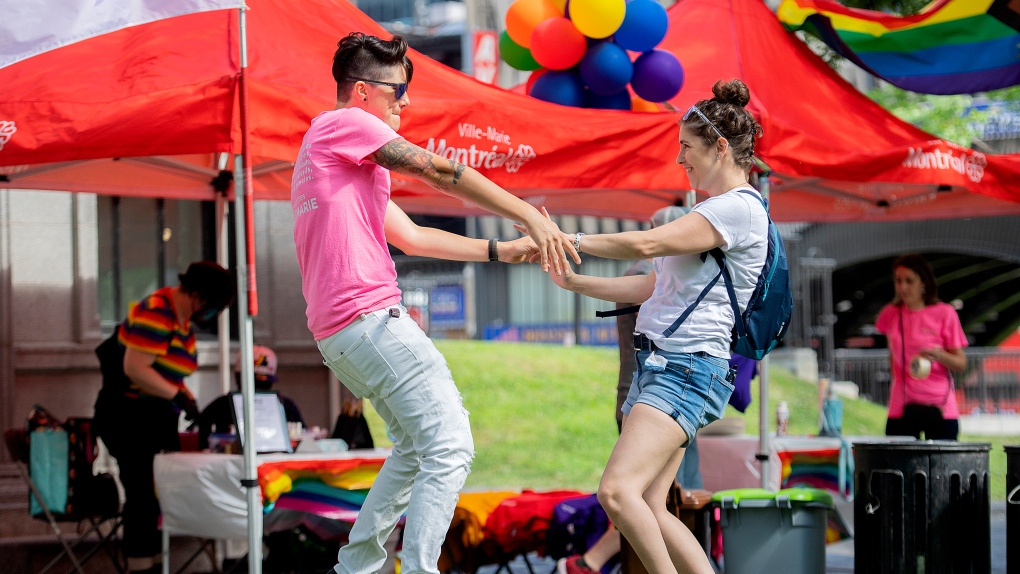 Florence, left, and Billie dance at the site where the Montreal Pride parade was supposed to start from in Montreal, Sunday, August 7, 2022. Festival organizers cancelled the parade over concerns for security due to the lack of staff. THE CANADIAN PRESS/Graham Hughes

RECOMMENDATIONS COMING FOR NEXT YEAR, BUT NO PARADE BEFORE THEN

"I think it's in the chain of command that something happened," she added, saying that a communication breakdown likely occurred after "many things happened."

"We will name the [responsible] person very fast. This cannot wait for long. It has to happen now," she said, adding that the independent investigation will end in a set of recommendations to ensure next year's Pride parade can continue as normal.

However, this year's parade won't be rescheduled before then.

Listen to the full interview