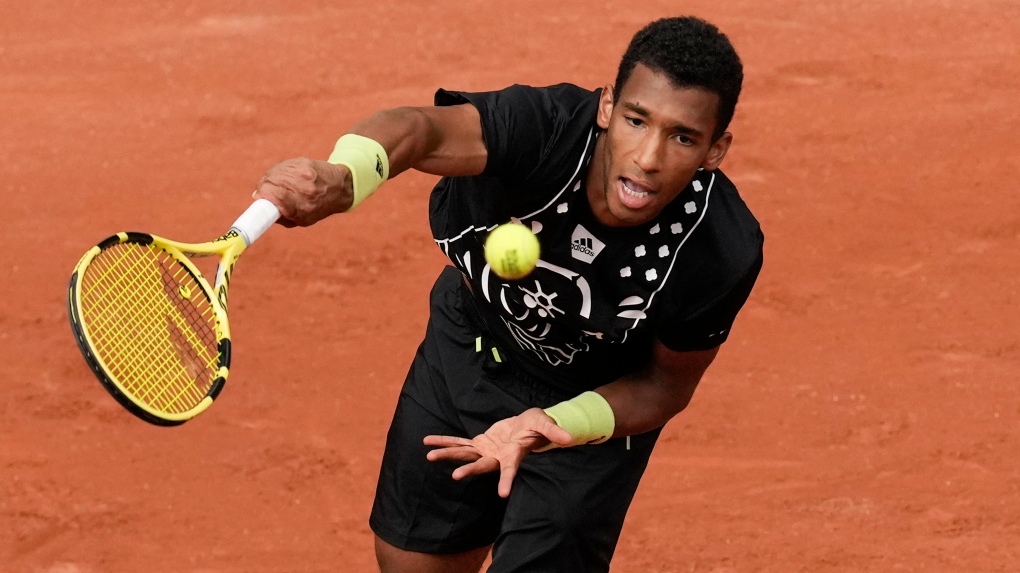 Auger-Aliassime won for the first time in his career after losing the first two sets of a major tournament duel. He defeated Peru's Juan Pablo Varillas 2-6, 2-6, 6-1, 6-3, 6-3 on Sunday.

The duel ended after more than three hours and 14 minutes when Auger-Aliassime hit a forehand winner.

Auger-Aliassime, the ninth seed, has lost in the first round at the French Open the past two years.

This was Varillas' first career main draw match at a major tournament.

CALL IT A COMEBACK! 💪@felixtennis gets his first ever win at #RolandGarros AND completes his first comeback win from two sets down in a thriller on day one in Paris. Way to go Felix! 👏👏 pic.twitter.com/2PMz1zbkCo

Auger-Aliassime was hoping to have found his touch with a quarter-final appearance in Madrid and then a great battle despite losing to Novak Djokovic in the quarter-finals in Rome.

Still, he had to draw on his resources to defeat Varillas, ranked 122nd in the world.

Auger-Aliassime was broken early on by Varillas, who was able to take a 2-0 lead in the first set. Varillas then broke his rival's serve a second time in the fifth game, building a 4-1 lead. He was able to easily take the first set.

Things didn't get much better for Auger-Aliassime in the second set. Varillas broke the Quebecer's serve for the third time in the match, winning it at zero.

Two games later, Auger-Aliassme found himself down 0-40 again, but he managed to rally to avoid seeing his rival increase his advantage.

It was all over for Varillas, who got a second break of serve in the second set in the seventh game for a 5-2 advantage and an opportunity to serve for the set.

Varillas took advantage of an Auger-Aliassime unforced error to win the second set on his first opportunity.

For the first time in the match, Auger-Aliassime pushed his rival in the third set. He finally generated a first break point in the fourth game and converted it to take a 3-1 lead.

The Quebecer won the next three games to extend the debate.

Auger-Aliassime continued his momentum in the fourth set, breaking Varillas' serve with a forehand winner. He broke again in the ninth game to force a final set.

Varillas called a medical timeout before serving at 2-3 in the fifth set. The Peruvian hung on, but Auger-Aliassime broke his serve with a splendid forehand winner to serve for the match at 5-3.

Auger-Aliassime did not waste the opportunity and reached the second round for the first time at Roland Garros. He will face the winner of the duel between Argentine Camilo Ugo Carabelli and Russian Aslan Karatsev.

Later Sunday, Leylah Fernandez of Laval, the 17th seed in the women's draw, will play her first round match against Kristina Mladenovic of France.