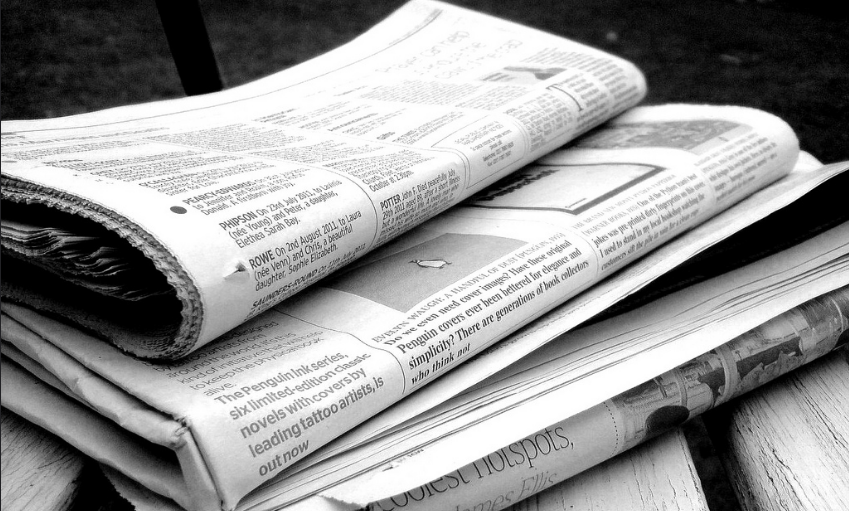 The idea of the fund is to sustain journalism by keeping as many reporters as possible in local communities, at annual meetings, in courtrooms, and on playing fields across the country. (Photo by Jon S/Flickr Creative Commons)

A group representing print and digital media publishers is calling on the federal government to set up a $350 million fund to support journalism in Canada.

News Media Canada is proposing the existing Canada Periodical Fund be updated and expanded to address what it calls "the critical issues and crisis facing the dissemination of Canadian perspectives."

News Media Canada chair Bob Cox says the proposal is the result of an "unprecedented" alliance of news media organizations serving communities from coast to coast and staff and unions representing Canada's newsrooms.

On Thursday, the Commons heritage committee released a report that concluded there is a need to protect the fading presence of local news in Canada.

The report called on Ottawa to support Canadian journalism, in particular newspapers and online news organizations that face a steep and permanent decline in advertising revenue.

Unifor, which represents 12,000 Canadian journalists and media workers, added its support to the call for the fund.

"Canadian journalism is essential to our democracy," said Unifor president Jerry Dias. "The proposal for an expanded Canadian Periodical Fund will put journalists back on the street at a time when the advertising revenue that pays for them is being stripped away by Google and Facebook."

Cox said the idea is to sustain the critical function of Canadian journalism by keeping as many reporters as possible in local communities, at annual meetings, in courtrooms, and on playing fields across the country.

"We are calling upon government to continue its support of one of our Charter rights -- freedom of the press -- whose very existence is threatened," he said.

It would offer rebates on Canadian journalism salaries and expenses, and on innovation investment in the future of journalism and dissemination of Canadian news.

"The vast majority of editorial expenses occur in Canada, but under no circumstances should the Periodical Fund be reimbursing any off-shored resources," he said.

Cox said in developing the proposal the industry has "come together in an unprecedented way to support Canadians' continued access to real news."