Get the latest on this story here: Man shot dead by Montreal police was suspect in three recent killings

Montreal police (SPVM) believes the same shooter was behind two separate shootings Tuesday night that claimed the lives of two men just over an hour apart.

Marie-Claude Dandenault, a chief inspector with the force, told CTV News Wednesday that police are "99 per cent sure" the same suspect is responsible for the killings, which happened in the Saint-Laurent and Ahuntsic-Cartierville boroughs.

There is no apparent link yet, she stated, between the two victims and investigators are not ruling out the possibility that the back-to-back acts of gunfire were random in nature.

CTV News confirmed that one of the two slain was André Lemieux, the father of professional boxer David Lemieux. He was 64.

Andréanne Lambert, a spokesperson for the boxer's management company, Eye of the Tiger, said the tragic killing was "very fresh" and the family wouldn't be making any public statements.

"[David] just wants to keep his family close," she said.

The second victim has been identified as 48-year-old Mohamed Salah Belhaj, an intervention worker at the Albert-Prévost Mental Health Hospital on Gouin West Boulevard.

"We are disturbed to learn of the death in tragic circumstances of Mr. Mohamed Salah Belhaj," wrote Emilie Jacob, a spokesperson for the CIUSSS du Nord-de-l’Île-de-Montréal. "We would like to offer our deepest condolences to his loved ones. Support will also be offered to his colleagues to get through this ordeal."

Meanwhile, Montreal police investigators are awaiting results from ballistic testing in Tuesday night's fatal shootings, the latest in a rash of violent gun crimes on the island. 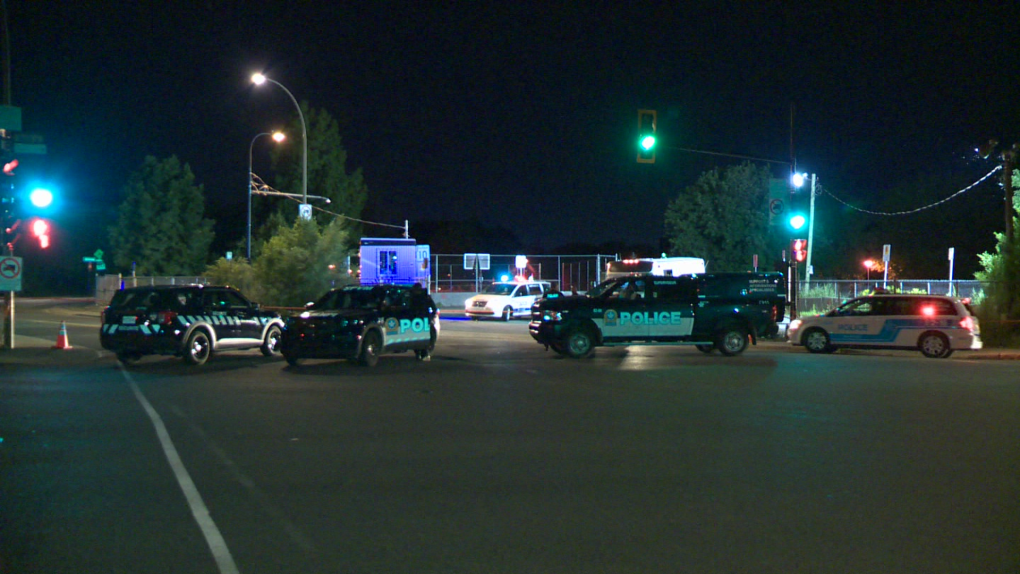 Montreal police says officers are working around the clock — some are even coming in on their day off — to help solve the crime and determine a motive, according to Dandenault.

"Right now, we're looking at everything that we can," she said. "We have investigators flooding the area, no stone is left unturned. We want to get to the bottom of this."

The first incident occurred at 9:45 p.m. in the borough of Saint-Laurent.

Police were called to the intersection of Jules-Poitras and Deguire boulevards near Roman-Zytynsky Park.

"Once on the scene, police found the victim shot and injured to the upper body," said Gabriella Youakim, a spokesperson with Montreal police. "The victim died on site."

The 64-year-old victim was known to police for "minor criminality," according to the SPVM.

Shortly after, at 10:50 p.m., officers were called to a shooting in the Ahuntsic-Cartierville borough.

When police arrived at the intersection of Sauvé Ouest and Meilleur streets, near Saint-Benoît Park, they found the 48-year-old man lying on the ground.

"His death was confirmed on site," stated Youakim. "No arrests have been made so far."

He was not known to police.

Security perimeters have been set up at both crime scenes to allow investigators to canvass the areas.

Yoakim confirms the two deaths are the 16th and 17th homicides on the territory monitored by Montreal police.

Montreal Mayor Valérie Plante reacted to the homicides in a tweet on Wednesday, "My heart goes out to the families and loved ones of the two victims of the heinous crimes that took place last night in Montreal."

On Thursday, federal Public Safety Minister Marco Mendicino is scheduled to be in Montreal for an announcement on preventing gun and gang violence in the city.

With a death toll nearing three dozen, rescuers searched on Saturday for survivors among the Florida homes ruined by Hurricane Ian, while authorities in South Carolina began assessing damage from the powerful storm's strike there as stunned residents began the painstaking task of surveying their losses.