Father charged with first-degree murder in deaths of 2 children in Laval, Que.

Father charged with first-degree murder in deaths of 2 children in Laval, Que.

A 45-year-old man from Laval, Que. accused of killing his two children was charged Tuesday with two counts of first-degree murder.

The father, Kamaljit Arora, was also charged with one count of assault causing bodily harm for allegedly strangling his wife, Rama Rani Arora, in what police believe was a case of domestic violence in the family's home Monday night.

According to neighbour Annie Charpentier, it was the two children's older sister who first alerted authorities to the horrific incident.

Charpentier was coming home from work when the teenager came to her door, asking her to call 911.

When police arrived at the home in Laval's Ste-Dorothée sector, north of Montreal, they discovered an 11-year-old boy and 13-year-old girl in critical condition. The children were transported to hospital where they were pronounced dead.

Their father was also transported to hospital in critical condition under police custody, though his condition is now stable.

His arraignment was postponed on Tuesday as the judge determined he was not fit to appear in court. The Crown and defence told the court that the accused has been unable to communicate since his arrest Monday night and were hopeful the situation would change by the time he is due back in court Wednesday morning to formally face the charges.

Prosecutor Karine Dalphond could not say whether the suspect had a history of domestic violence or whether the couple had been preparing to separate.

Charpentier, herself a mother of three, said the experience shook her to her core.

The neighbouring family had only lived there for a few months, she said, and appeared like any other household.

"There's nothing that could make me predict that this would happen. A model family," she said.

"It's so sad that it happened so close to home. I walk by there every day. I've seen the kids outside. I don't know what to say, we're just at a loss for words," she said. 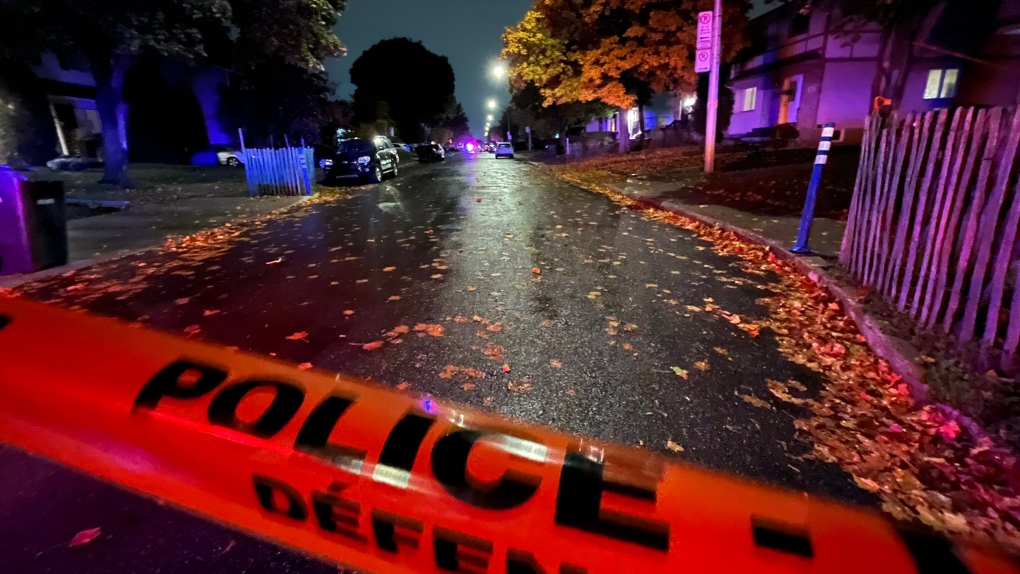 Laval police respond to a home on Lauzon Street on Monday, Oct. 17, 2022. Three people, including two children, treated at the scene were rushed to hospital in critical condition, paramedics say. (Marie-Michelle Lauzon/Noovo Info)

Laval Mayor Stéphane Boyer offered his condolences to the family on Twitter, stating that "all of Laval is in mourning."

"It's hard to understand how such a tragic event could happen," he told CTV News. "What I want to say to people is if there's something in your life going on, don't wait, call. There's a line in Laval, 2-1-1, that you can call. Whatever the problem is, there are people on the other end that can be there to help."

"My thoughts are with the loved ones of these two children. I can't imagine their pain," he wrote.

Andre Mahilian is a crossing guard for a school nearby and is familiar with the victims.

"I see them everyday going to the school, coming back," he told CTV News.

"It's a sad day for all the school," he added, expressing concern for the children's peers and how they will cope with such a tragedy.

"I don't know how they will act at the school, to play together and find that there is a friend that is missing."

The victims were students at Pierre-Laporte and Saint-Martin schools in Laval.

According to Laval's education service centre, parents were informed of the news Tuesday morning and "teams of professionals" were deployed to the school to offer support.

"Our thoughts are with the family, loved ones and the educational community surrounding the young victims," a statement from the centre reads.

- With files from CTV Montreal's Billy Shields and Matt Gilmour, and The Canadian Press