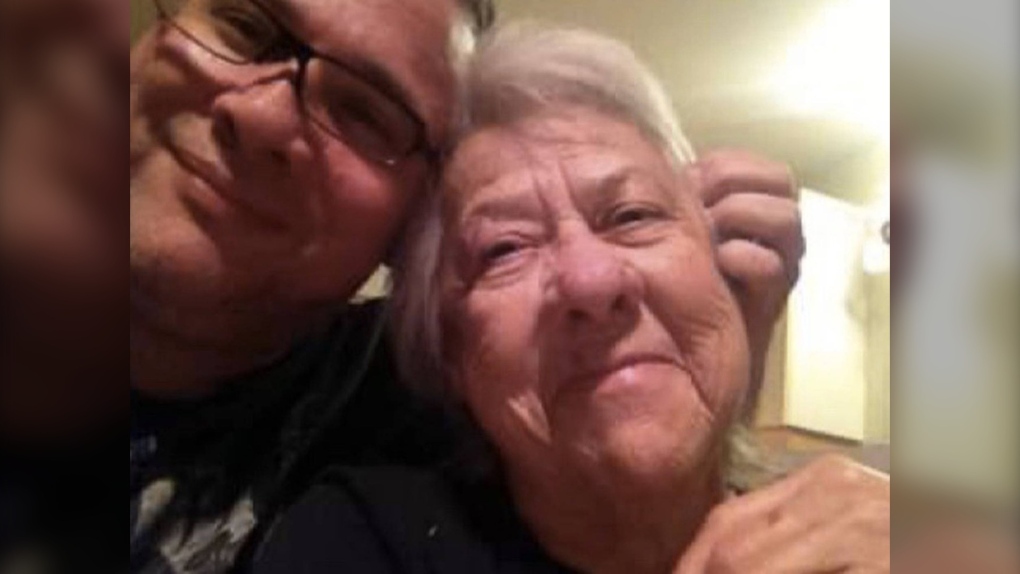 KANESATAKE -- For the past three years, Clifton Nicholas has made it a priority to visit his mother Janet at the Kanesatake Riverside Elder’s Home as often as he could.

They are in a race against time and Nicholas simply doesn’t know how much of it he has left with his mother. The 82-year-old first-lnguage Kanien’keha speaker sufferes from Alzheimer’s, and Nicholas has witnessed her mental health deteriorating.

Although this is something he hasn’t been able to keep track of in-person for the past seven months.

The Riverside Elder’s home has had its doors closed to all visitors since the first week of March, following the COVID-19 guidelines provided by the Emergency Response Unit (ERU) and Health Centre. And according to a variety of sources who spoke with The Eastern Door, communication was also shut off.

“Every time I try to find answers as to what’s happening, often my calls are being left unanswered,” said Nicholas, who hasn’t been allowed to see his mother since the beginning of the pandemic.

The owner of the Green Devil cannabis dispensary said he is not looking to put anyone at risk by asking to open the doors for visitors, actually, quite the contrary. Nicholas even believed the initiative to shut the facility to the public was a great one. But now, after seeing diverse plans from all over the world, allowing family members to safely visit their loved ones, Nicholas found the situation unsettling.

“Little has been done where visits under safety measures would be allowed,” said the business owner, who was among the people who helped write the rules to re-open the shops in the community. “I am not naive about this. Right now, you need responsible people to answer COVID questions and call back.”

As Nicholas demanded answers, he also expressed gratitude towards the working staff.

Riverside Elder’s Home has currently a team close to 20 people, including nurses, kitchen staff and janitors, who are taking care of 11 residents, aged between 80 and 90. They provide medical support along with bathing, feeding and laundry services.

“The staff is not the problem,” said Nicholas. “The issue is access to my mom and information. Being able to sit with her and have a meal.”

While measures in Quebec changed for elderly residencies across the province as of May 11, no change was made to allow Riverside residents to see their families. The latest public update was issued on April 28, through a video posted on social media addressing the safety protocol implemented.

No announcement was made whether or not a plan was being worked out for visits since then.

Nicholas was not the only one complaining about the lack of communication. As The Eastern Door reached out to the elder’s home, a staff member, who asked to remain anonymous, confessed that ongoing poor management has put Riverside in a precarious situation.

Jane went through a burnout this summer over the current lack of leadership at her job. She said she’s frustrated by the communication, which simply doesn’t exist with her superiors from the ERU and Health Centre.

“There are people who actually work here and people who never come to see us, never consult us, and they are the ones making all the decisions,” said Jane, who feels like Riverside is sitting on a deserted island. “Most of the time, the decisions don’t make sense because they are not based out of reality or facts.”

Earlier in June, the ERU allegedly arrived, unannounced, with the intention to open Riverside that day for visitors, according to Jane. She recalled the inconsistencies as to managing the visit and its supervision.

“They decided to use one of our rooms, set the table so three families at the same time could come in, but it didn’t make sense,” she said. “They wanted to fit at least 10 people into that room, coming from different households with one entrance where you would have to pass next to people to get there.” The visit was pushed back and eventually never occurred.

Jane explained that the former manager, Marie Josée Martin, also dealt with the same problems before she was demoted while being on sick leave. She was replaced by Joyce Bonspiel Nelson, who took upon the managing role, along with being the Kanesatake Health Centre’s executive director.

As for the ERU, when asked about Riverside, spokesperson Robert Bonspiel said that as the second COVID-19 wave hits Quebec, their approach will continue, and for now, no visitors allowed.

“We believe that it’s in part why the virus hasn’t gotten to Riverside,” said Bonspiel. “We are taking into consideration the mental health of the residents and the sensitivity of the situation, but the priority is to keep them safe.”

But this priority isn’t what Nicholas or Jane questioned. Both of them said they understood the importance of remaining closed to protect the elders.

“If an outbreak were to happen in Riverside, we would lose half of our patients,” said Jane. “They wouldn’t survive something like that and the community understands that.”

While it might seem easy to keep the doors closed for community members who don’t have family living at Riverside, as Jane pointed out, the reality is very different.

In fact, for nursing home residents, family visits are an important way for them to feel socially connected, and family members are their link to the outside world.

Studies on social distancing and loneliness in the context of COVID-19 showed major risk factors that have been linked with poor physical and mental health, such as increased blood pressure, heart disease, depression, anxiety, increased risk of Alzheimer’s disease, and mortality. In addition, social isolation has been associated with an approximately 50 percent increased risk of developing dementia.

Riverside does offer video conferences on an iPad for families every other day, but not everyone likes that, said Jane. “Talking on the phone is not the same thing at my mother’s age, she’s having a hard time understanding,” said Nicholas, who is now looking into taking legal action if the situation remains the same. “I don’t know how much time I have left with my mom.”

Jane explained that for most residents who are cognitively impaired with Alzheimer’s or dementia, time becomes a different concept. “But for those who still have their head, they find it very lonely,” she said.

The Eastern Door tried to reach the Health Centre administration for comment, but was unable to get answers.