MONTREAL -- Cartoonist Terry Mosher, or Aislin as he’s known, has drawn the highs and lows of the Montreal Canadiens for decades.

The current playoff run is no exception and to mark the historic occasion, he looked back on more than 50 years of covering the Habs in Montreal with CTV News.

Mosher’s most famous cartoon of the Habs is the one depicting hockey as the city’s new religion. 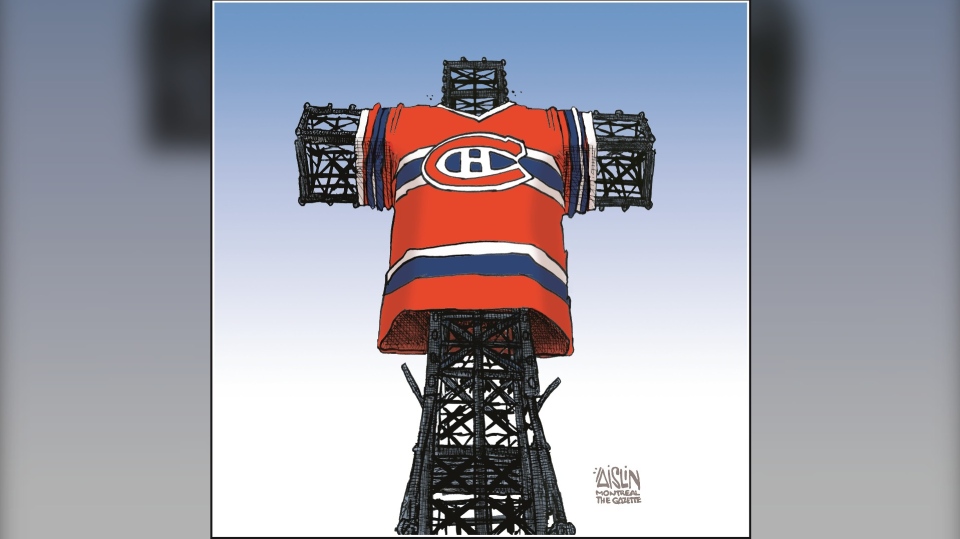 "Whenever any writers from out of town want to talk about hockey, this cartoon gets picked up. It's made me a few bucks too!” he said in an interview Tuesday.

"I'm very happy for younger people now being able to experience this euphoria. It's euphoria, really, it's wonderful. To feel good about your city. and particularly so here in montreal.

Montreal has had political differences, it's had all kinds of things happen, some of them kind of unfortunate, but the thing that pulls everybody together, is the hockey."

The Habs beat the odds and made it to the Stanley Cup finals and much like last time with arguably one of the world's best goalies in front of the net.

"Like most other people, I didn't think we'd be here, but just like way back in 1993, it was sort of a Cinderella team that came out of nowhere, and remember back in February, everybody thought the team was over,” he said.

After the series win against Las Vegas, he drew a cartoon depicting the Canadiens logo blanketing a map of Canada

But he wasn't always kind with his drawings.

"Ask management. They'd wince a little bit because occasionally, when I felt like they're just not pulling it together. I did it as a jigsaw puzzle a few years ago of the Habs logo, only the pieces are all mixed up, like they couldn't seem to pull it together,” he said.

He has drawn hundreds of Habs cartoons over the years and will no doubt continue during this series as he also continues working on his other project: a book of his favourite cartoons during the pandemic.

When it comes to hockey, though, Mosher won't make a prediction for the Stanley Cup final.

He wants to see the Habs make it, not just for the team, but for the city, too.