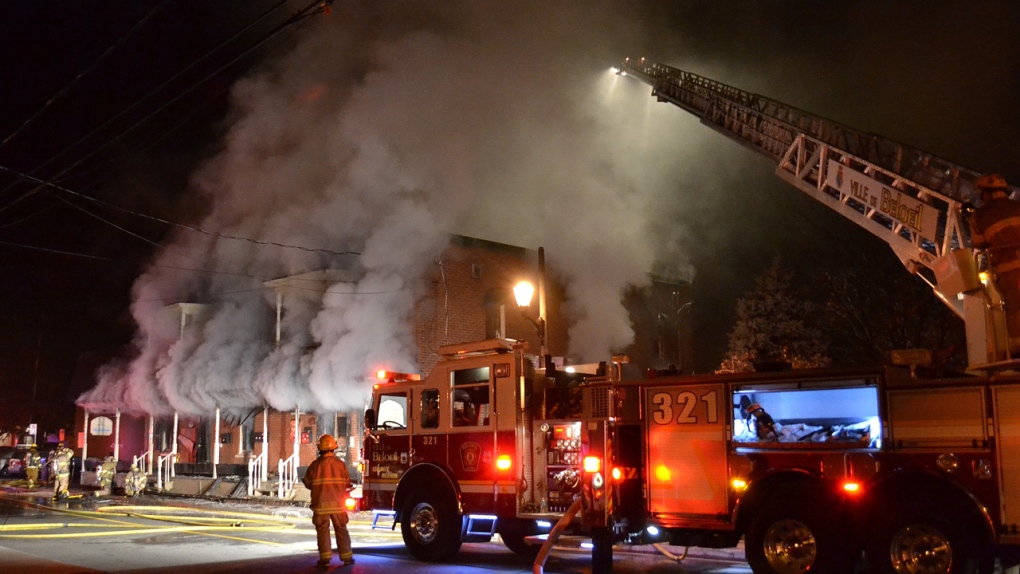 A series of explosions sparked a fire that destroyed a two-storey building overnight in Beloeil.

Witnesses say they heard several loud bangs and booms around 1 a.m. Tuesday before flames spread through a building on St-Jean-Baptiste Rd.

Firefighters evacuated several people from apartments on the second floor, but say nobody was injured.

The fire started on the ground floor which was home to a massage company and a beauty clinic. Firefighters from Beloeil and several nearby municipalities needed more than three hours to extinguish the flames, by which point the building was a total loss.

The Richelieu-Saint-Laurent police department's arson squad will investigate the burned-out wreckage on Tuesday morning in an effort to find out exactly how the fire started.