At this time of year, when many Quebecers move into a new home, there may be an increase in infestations of invaders such as bed bugs. Anyone can be affected by these unwanted pests and it is important to report cases.

The Quebec Ministry of Health website indicates that in 2015, 1.1 per cent of Quebec households, or nearly 40,000 households, had bed bugs in their homes during the year preceding the survey. The presence of these insects increases in urban areas, particularly in Montreal.

According to data from the City of Montreal, tenants are more affected than homeowners by this problem. This climbs even higher for tenants with an annual income of less than $20,000. In fact, 8.9 per cent of low-income tenants are affected by infestation problems compared to 0.9 per cent of those with incomes over $60,000.

However, Hélène Bouchard, founding president of MBM Pest Management, points out that unwanted insects can invade any home.

"No matter what the infestation, bugs don't choose a social rank, everyone can be affected," she said. "We don't want them in our homes, but we have to talk about them when we have them. We have to break the taboos. Everyone is at risk, so don't be embarrassed to talk about it."

Bed bugs do not transmit disease to the person they bite. However, she explains that these insects create a lot of psychological problems, stress and insomnia. Compared to cockroaches, they can cause health problems in humans, such as asthma. You have to act quickly," says Ms. Bouchard.

She says the best advice is to examine the premises when moving into a new home.

"It's a good time to look for any traces of bed bugs, even if the furniture is out and you're entering an empty home," said Bouchard.

For bed bugs, she suggests looking around baseboards and electrical outlets where there may be traces of excrement, similar to small black pencil stains. It is also possible that there are bed bug corpses or exuviae, an exoskeleton that the insect will leave behind when it transforms into an adult.

As for cockroaches, they will take refuge in the kitchen as well as in the bathroom, where there are pipes and hot water tanks. 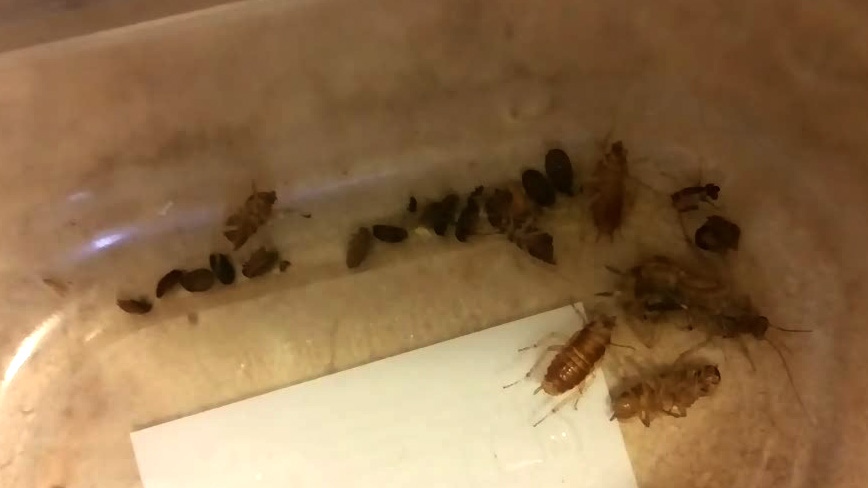 Bouchard said that the insect flees from light and that it stays in groups, generally under the sink.

"Naturally, you don't leave with your sink when you move, so these are places to check, absolutely, when you enter your home," she said.

If you have appliances included when you move, the pest management expert advises pulling out the refrigerator. There could be live cockroaches or exuviae. She adds that cockroaches will also leave small black spots, but they will look more like ground coffee beans.

If there are invaders, you should definitely contact the building manager or owner to prevent it from spreading to the neighbours," said Bouchard. She said to avoid using household products or pesticides sold over the counter in big box stores.

"These products are very low in concentration because the average person can use them. They're repellents, so you're not going to solve the problem; you're just going to put a band-aid on the boo-boo," she said.

In the case of bedbugs and cockroaches, it's best to deal with pest management professionals who have the equipment to get rid of the intruders and can advise people on this stressful situation.