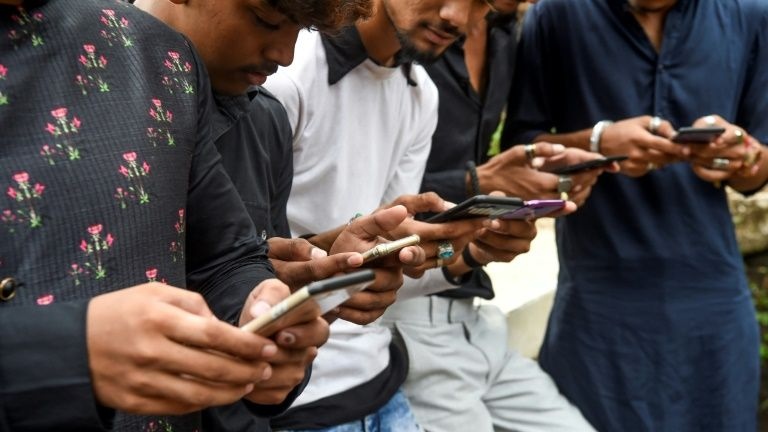 In its first ever report on global trends for adolescent physical activity, the UN World Health Organization stressed that urgent action is needed to get teens off their screens and moving more. (AFP)

MONTREAL -- A necessary warning was omitted when electronic tablets arrived in Quebec schools, according to experts.

They say negative impacts related to increased screen time should be known to those who use eletronics.

"In Grade 1, do we give you a screen? Well, you have to know what that does for your sleep, for your eyes, for your posture," said Cyber-aide director Cathy Tetreault.

"If, during your school day, you spent two or three hours in front of a screen, you shouldn't spend any time in front of one at night. We don't hear that," she said.

Screens also increase the risk of developing addictive behaviours, anxiety and low self-esteem -- and this was before the COVID-19 pandemic extended screen times.

On June 1, at the request of the Quebec health ministry, the provincial health institute (INSPQ) published a document on the use of screens in the context of a pandemic.

"Health data on screen time is not recognized in education," she said.

Screens are valued more than ever and screen time has even become a "reward" in several classes. The teacher pointed out that it's a "sedentary activity."

Tremblay also pointed out that reading applications continue to flourish in Quebec schools, though her studies show that nothing beats the paper book in terms of benefits.

"For the same story, it's not the same learning experience," she said.

Tetreault thinks it's "unpopular" nowadays to criticize screens, regardless of whether or not the criticism is constructive.

She suggests for young people to reduce the use of their phones for games and entertainment as screen time increases in school, to achieve a better balance.

"It is as if we don't have the right to say that there are disadvantages. Well yes, there are," she said.

Caroline Fitzpatrick, from Sainte-Anne University in Nova Scotia, is also awaiting the follow-up to the forum  she participated in last February and which, according to her, resulted in a "powerful" consensus.

She's urging the government of Quebec to quickly form a committee to look into the overuse of screens, while waiting for the action plan promised by Junior Health Minister Lionel Carmant.

Carmant's office said work is taking place internally ahead of a second day of consultations with community groups.

"We've waited long enough," Fitzpatrick said in a telephone interview. "There is nothing being done that I know of."

"It's important to start looking at this issue, to put together expert groups," she said.

"The tablet at school is fine, but how many hours a day?" she said. "After that, people keep up with friends through social media because they no longer see each other, after that there is Netflix..."

"Where do we talk about health, anxiety, impulsivity?" she asked.