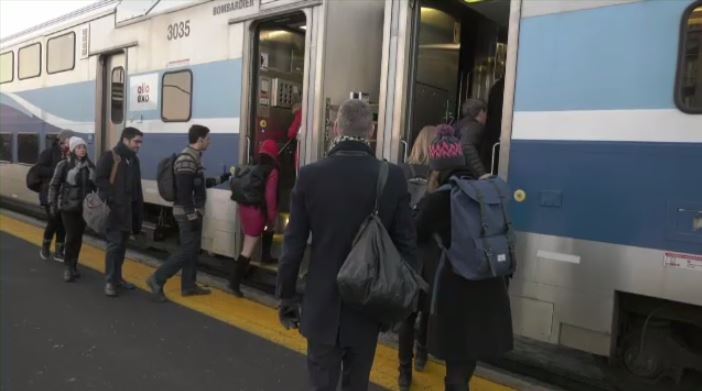 The exo4 Candiac to Montreal will resume service Mar. 6, 2020 after weeks of disruption caused by the blockade in Kahnawake.

MONTREAL -- The trains on the exo4 line that run from Candiac to Montreal will sit idle no longer, as the company reported that service resumed at 3:55 p.m. Friday.

Exo issued a news release saying the alternative bus service will remain alongside the train service and will end in the evening.

Land protectors in Kahnawake had blocked the line since Feb. 8 in solidarity with the Wet'suwet'en hereditary chiefs in BC, but took down the barricades and left the tracks on Mar. 5, 2020.