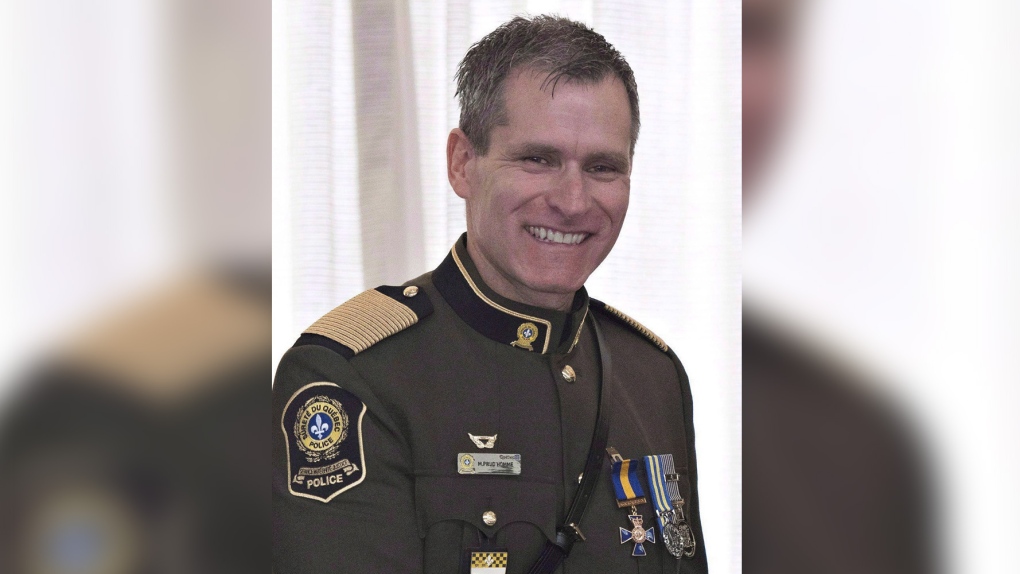 Martin Prud'homme, newly-appointed interim chief of police in Montreal smiles after he was decorated Officer of the Order of Merit of the Police Forces at the Citadelle in Quebec City on Thursday, Dec. 7, 2017. THE CANADIAN PRESS/Jacques Boissinot

MONTREAL -- The former head of Quebec's provincial police is asking the courts to stop a process launched by the government that could lead to him being removed from the force.

Martin Prud'homme's Nov. 16 court application says key state players in Quebec are interfering politically in his case and are undermining the integrity of the provincial police.

Prud'homme has been suspended since March 2019 for reasons that were never made public; he says he learned a year later that he wouldn't be charged criminally.

His court application -- which is filled with redactions -- alleges he was suspended in connection with an investigation into the source of sensitive leaks to the media about cases tied to the anti-corruption police force.

Prud'homme says he is being targeted for a 2017 phone call he made to Quebec's head prosecutor, Annick Murphy, during which he talked about rumours that he was connected to the leaks.

The ex-police chief says the government illegally formed a committee to investigate his behaviour, and he is asking Quebec Superior Court stop the process that could lead to his removal from the police force.