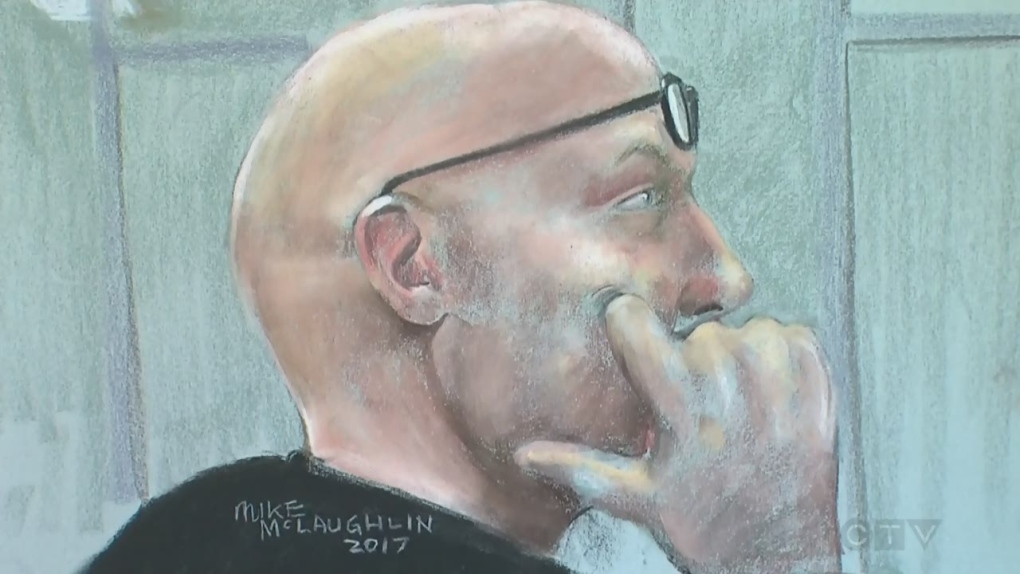 Bertrand Charest is seen here in a courtroom sketch

A former Olympic skier who alleges she was sexually abused by Bertrand Charest in 1997 and 1998 when she was a teenager says she was encouraged to keep quiet to avoid losing sponsorships.

Allison Forsyth tells The Canadian Press she has struggled with guilt, shame and anxiety ever since.

She says there was nothing in place to protect young athletes and she was encouraged to say nothing so as to keep sponsorships.

Charest was found guilty last June of 37 of the 57 sex-related charges he was facing, and was eventually given a 12-year prison term.

He was not convicted on the charges involving Forsyth due to jurisdictional issues because the alleged incidents occurred outside of Canada.

Forsyth is one of eight victims and alleged victims who have chosen to identify themselves in recent days amid their calls for changes to be put in place to better protect athletes from abuse.