Ensaf Haidar will not run in federal politics 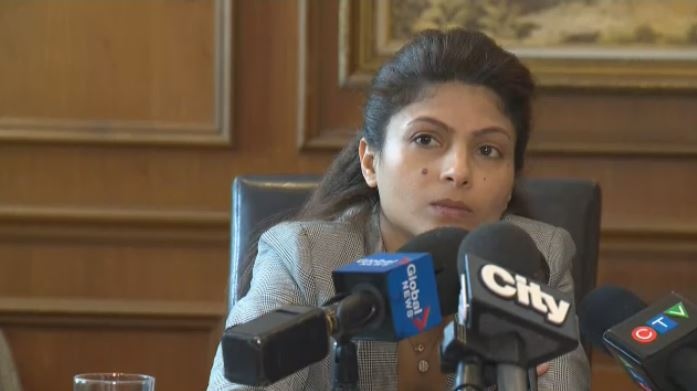 Ensaf Haidar is hoping to get honorary citizenship so she can lobby for her husband's release.

Ensaf Haidar, the wife of blogger Raif Badawi who is imprisoned in Saudi Arabia, confirmed that she will not be a candidate for the Bloc Quebecois in the next federal election.

In a message posted on Facebook, Haidar admitted that one day she might think about going into politics but that such a decision is premature at this time.

Cogeco News said Monday that Haidar was being courted by the Bloc Quebecois to run in Sherbrooke. The riding has been represented since 2011 by New Democratic Party MP Pierre-Luc Dusseault.

In her message, Haidar notes that her children, already without their father, could not do without their mother to do politics in Ottawa. She writes that she consulted with people and weighed pros and cons before making her decision.

As long as her husband is in jail, she will put all her energy into making him free, she adds.

Badawi was thrown into prison in Saudi Arabia seven years ago after campaigning on his blog for the moral liberalization of his country and for criticizing Islam.