Montreal saw its first flurries of the season Tuesday morning and now parts of Quebec are bracing for freezing rain on Wednesday.

A large low pressure system that is bringing winter-storm conditions to western Canada is moving into the province. The system is bringing heavy snow and blizzard conditions to parts of the Prairies and it could bring freezing rain into southern Quebec Wednesday afternoon or evening.

Environment and Climate Change Canada has issued freezing rain warnings for areas north of the Saint-Lawrence while a special weather statement, warning of possible freezing precipitation, remains in effect for Montreal and the surrounding areas. 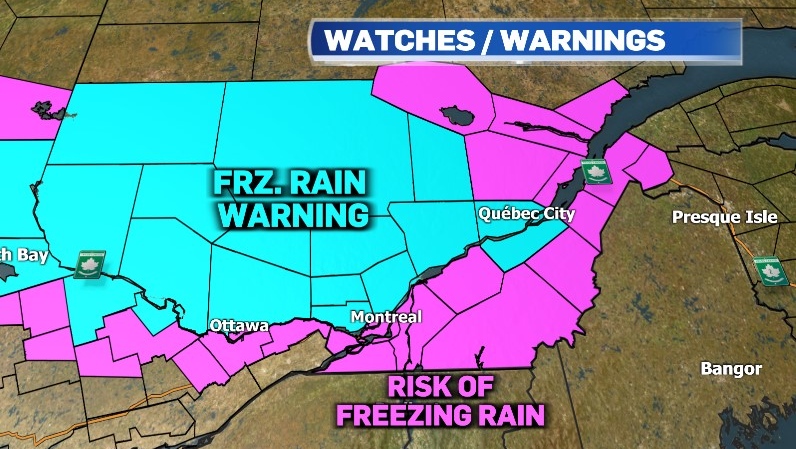 Ice accretion of 5 to 10 mm is expected in the Laurentians while areas around Quebec City could see 2 to 4 mm. Motorists and pedestrians are being warned to watch out for slippery surfaces.

Ice buildup could cause some roadways and sidewalks to become dangerous. 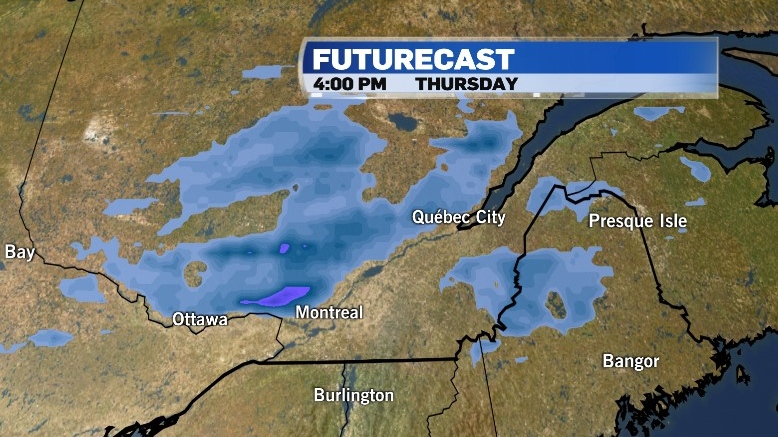 As the systems moves into Montreal, the city could see another round of wet flurries Wednesday morning. There is a risk of light freezing drizzle by evening but it will quickly change to rain in the city as temperatures climb. 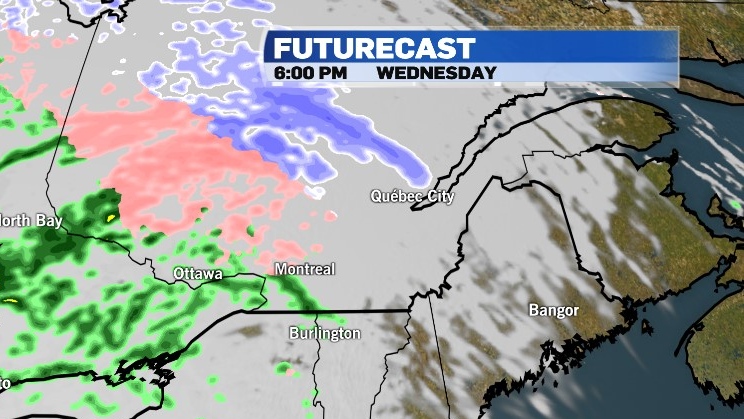 Montreal is expecting to see between 10 to 15 mm of rain Wednesday into Thursday with Thursday's high climbing into the double digits. 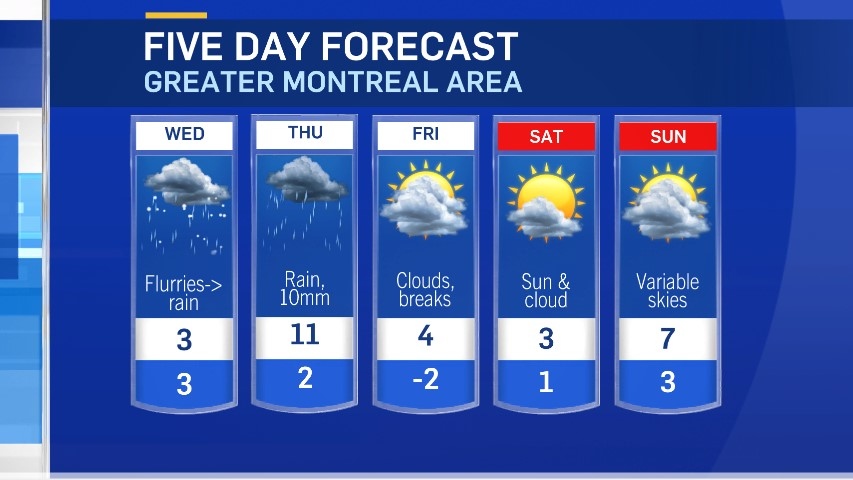