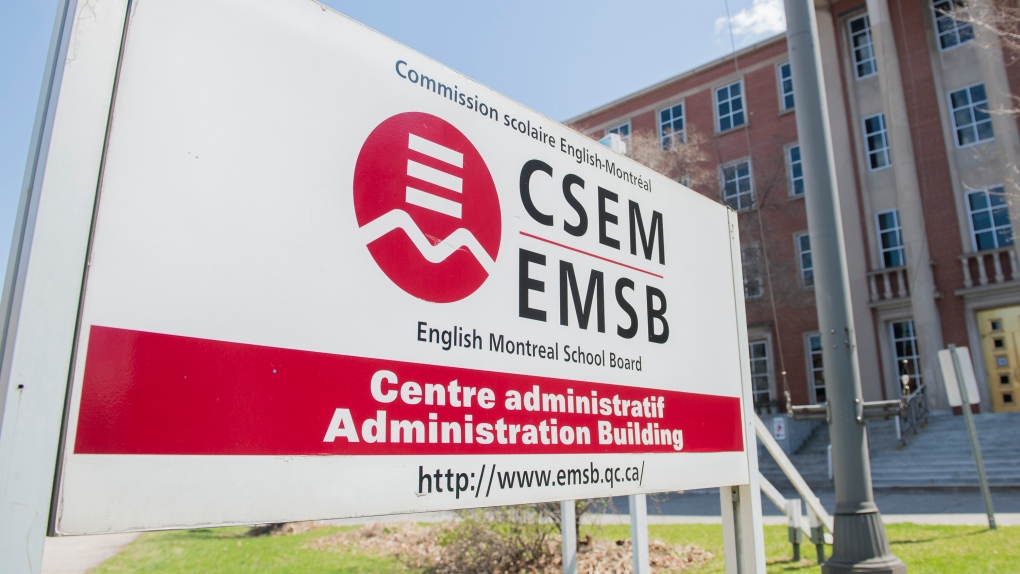 A sign for the English Montreal School Board (EMSB) is shown in Montreal, Sunday, May 3, 2020, as the COVID-19 pandemic continues in Canada and around the world. The school board said it would determine the date when it would reopen its schools even if the Government of Quebec deems it safe. THE CANADIAN PRESS/Graham Hughes

MONTREAL -- A source has told CTV News that Francois Legault's CAQ government has met with both the English and French parents committees and the government will go ahead with school service centre elections for board of directors Nov. 1.

EXCLUSIVE: I have confirmed with a high ranking government official the #CAQ plans to move forward with English service centre elections on November 1st. Bill 40 turned school boards into service centres. Commissioners will only be elected on the English side. @CTVMontreal

A letter will go out to all service centres soon to let them know so they can start election planning for boards (formerly commissioners).

The move is for English centres only, as the French ones were abolished after Bill 40 was enacted.

The controversial bill is the target of several legal challenges that remain before the courts.

English Montreal School Board (EMSB) spokesperson Michael Cohen said a court ruling on the Quebec English School Board Association's request for injunction is expected next week.

Some elections have been put on hold due to the COVID-19 pandemic, but the government insists it will go through with the plan.