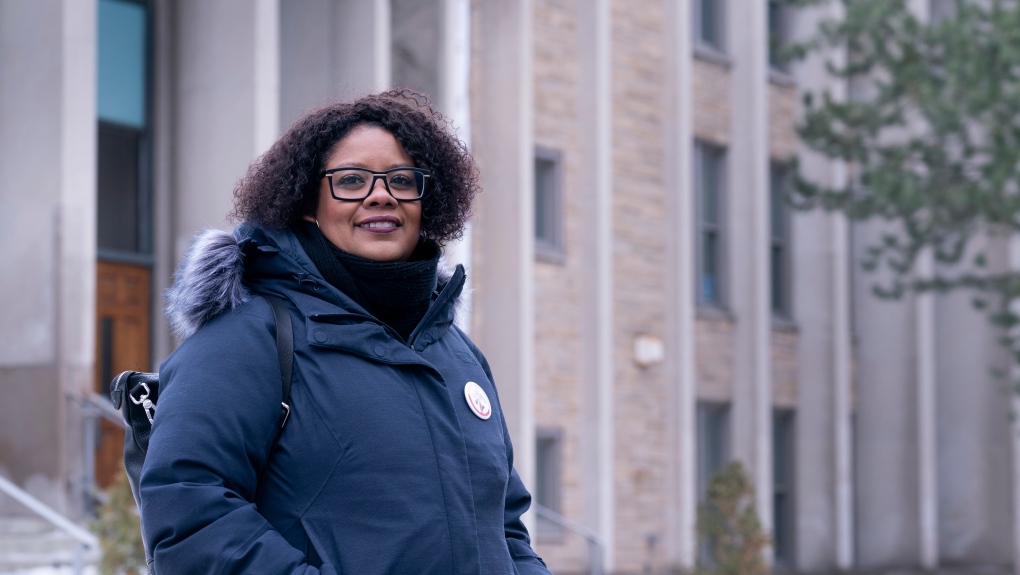 Sabrina Jafralie is seen in front of Westmount High School in Montreal on Wednesday, March 4, 2020. Since 2008, elementary and high school students in Quebec have taken a mandatory course aimed at cultivating respect and tolerance for people of different cultures and faiths. THE CANADIAN PRESS/Paul Chiasson

MONTREAL -- Since 2008, elementary and high school students in Quebec have taken a mandatory course aimed at cultivating respect and tolerance for people of different cultures and faiths.

But after years of relentless criticism from Quebec nationalists and committed secularists who say the ethics and religious culture course is peddling a multiculturalist view to impressionable young Quebecers, the provincial government is abolishing the course.

In a statement announcing the move, Education Minister Jean-Francois Roberge said it was a response to "abundant criticism from experts and education stakeholders." An aide to Roberge said too much time was being taken up by a section of the course devoted to religions.

It is striking that a course aimed, in the words of the Education Department's teaching guides, at fostering "the recognition of others and the pursuit of the common good" has proven so divisive.

But critics have long described the course as a type of mental virus, contaminating a generation of young people by making them amenable to Canadian multiculturalism and other pluralist ideas. Education Minister Jean-Francois Roberge says a new class will be taught instead by fall 2022.

Nadia El-Mabrouk, professor at Universite de Montreal's computer science department, has been one of the most outspoken critics of the course, which she says defines citizens by their religion.

She suggested in a recent interview the course is partly responsible for the fact that, according to polls, young Quebecers are less likely to support Bill 21, the legislation adopted last June that bans some public sector workers, including teachers and police officers, from wearing religious symbols on the job.

And she's not alone in that belief.

Jean-Francois Lisee, who lost the 2018 election as leader of the Parti Quebecois, wrote in January that it's "difficult not to see a cause-and-effect connection" in the fact that young Quebecers who have taken the course "are the least favourable to prohibiting religious signs."

For Sabrina Jafralie, who teaches the program at a Montreal high school, the decision to abolish the course is another sign of the growing influence of Quebec nationalists on the Coalition Avenir Quebec government.

The curriculum, she said, explains to students that Quebec is filled with people who have different driving forces. It doesn't teach young people to be religious, she said, it simply explains why other people may be.

"But what the government is trying to do," Jafralie said, "is in fact replace the ability to investigate and explore religiosity, with their own new religion -- which is secularism."

The course was introduced in 2008 under the Liberal government of the day to replace long-standing classes on Catholic and Protestant moral and religious instruction. Jafralie, who was one of the first teachers trained to teach the new course, says the content comes from a secular perspective.

The course exposes students to religions from around the world, and according to the teaching guides, "attention is also given to the influence of Judaism and Native spirituality on this heritage, as well as other religions that today contribute to Quebec culture."

But for El-Mabrouk, that is precisely the problem.

The course teaches young people to "recognize, observe, to accept and to tolerate the way people practise (religion)," she said.

The issue, she continued, is that the material puts religious practices on an even footing, whether or not they run contrary to such Quebec values as the equality of men and women.

"The course is based on a vision of living together that is tied to Canadian multiculturalism ... but we have changed orientation," El-Mabrouk said, pointing to the adoption of Bill 21 as evidence.

Francis Bouchard, spokesman for the education minister, said the government recognizes that students should have an appreciation of the major religions to better understand the driving forces of the world.

But in the current program, he explained in an email, religion "took up too much space." He said the goal of the new course isn't to remove the religious component completely but to "rebalance" the content with "other concepts to prepare young people for Quebec society."

Those could include themes about environmentalism, digital literacy and democratic participation, he said.

Roberge launched three days of consultations in February to collect ideas from education stakeholders for the new course's content. The consultations sparked a scandal after one of the experts invited, McGill University law professor Daniel Weinstock, was blocked from speaking following the publication of an inaccurate newspaper column.

Richard Martineau wrote in the Journal de Montreal that the ethics and religious culture course "shoves the multiculturalist credo down the throats of children." He then falsely stated that Weinstock -- whom he called a "dyed-in-the-wool multiculturalist" -- had previously advocated the symbolic circumcision of young girls.

Weinstock's invitation was swiftly withdrawn by the minister, which led to an uproar among academics and an eventual apology from Roberge after Weinstock threatened legal action.

El-Mabrouk maintains the course should be done away with entirely. Teaching about religion in school if fine -- but not in a class that is tied to ethics, she said. Religious material belongs in classes about politics, science or geography, she said, and it should be limited to older students who have the "intellectual tools" to digest the content.

"What is the best way for children to learn to live in a society, to live with one another?" she asked. "It's having more time for sports, cultural activities, to talk together. It's in real life situations that children learn to be together."

But Jafralie says the content of the course reflects the realities of Quebec society, and changing it is a denial of the facts on the ground.

"There seems to be this desire to eradicate this (reality) or shape young people's values to be more 'Quebecois' -- and what 'Quebecois' is, is defined by (the government)."

This report by The Canadian Press was first published March 8, 2020.