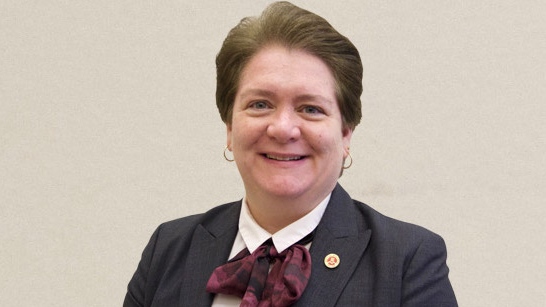 MONTREAL -- A changing of the guard will continue at the English Montreal School Board after director general Ann Marie Matheson announced her resignation today. It takes effect Thursday.

The news comes nearly a month after former chair Angela Mancini announced she was resigning, saying that the pandemic had given her a chance to reflect and live peacefully.

But its provincially appointed administrator, lawyer and former MP Marlene Jennings, said in a release that Matheson displayed "exceptional leadership abilities during a period of turbulence for the board."

Jennings wrote that Matheson has been at the board for five years. In that time she oversaw the construction and opening of the Mackay/Phillip E. Layton School in NDG for students with handicaps and the creation of the Des Grandes Prairies Vocational Centre in St-Leonard.

Last year's report blamed some of the EMSB's problems on Mancini and Matheson personally, saying they had "dragged on for many years" a certain history and maintained informal networks of influence.

Matheson was originally hired at Mancini's recommendation, though the relationship between the two later deteriorated. Mancini has since been the subject of much more in-depth critiques and had another report dedicated to her behaviour alone.

In the release from the board Monday, Matheson wrote that she'd appreciated the "best and most resilient team of professionals" on the job.

"In spite of the obvious challenges and headwind that we faced, I am very proud of the work that my team and I have accomplished over the last five years,” she was quoted as saying.

"I wish the very best to this great EMSB family on the road ahead."