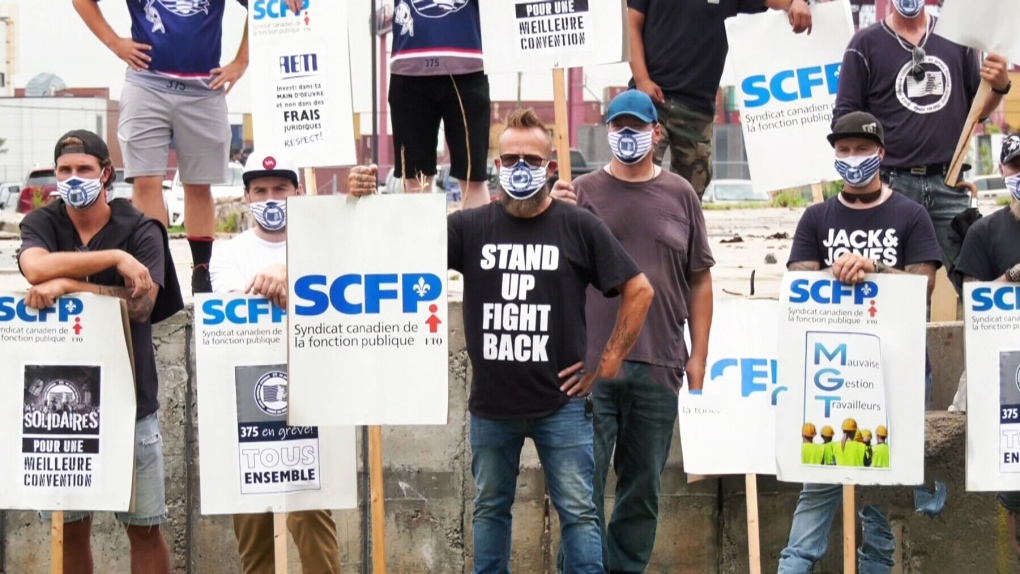 MONTREAL -- The Port of Montreal longshoremen’s union announced to its members it was served with 72 hours’ notice from the employer on Monday, providing for a downward modification of certain wage conditions in the collective agreement.

A message from the Association des employeurs maritimes (AEM) – sent by the union affiliated to CUPE – says the hourly wages of longshoremen and maintenance workers who work evenings, nights, weekends and during bank holidays will be changed as of Thursday at 3 p.m.

The notice was sent a few hours after the union launched a four-day strike for the second time in two weeks, this time targeting two terminals belonging to the Tremont company. The strike impacts 355 longshoremen, maintenance people and grand foremen.

The president of the longshoremen union, Martin Lapierre, assured his members in writing that the union will react to what he calls economic pressure from the employer.

Lapierre said that as of next Monday, longshoremen will only work during shifts for which hourly wages will match what’s in their collective agreement.

The union says bargaining sessions are scheduled for this week, beginning on Wednesday. The dispute mainly concerns the working hours of longshoremen.

Last week, five employer groups expressed concern about how the escalating tensions at the Port of Montreal would impact the economy. They all called on governments to intervene quickly to limit the damage that may result if this situation continues.