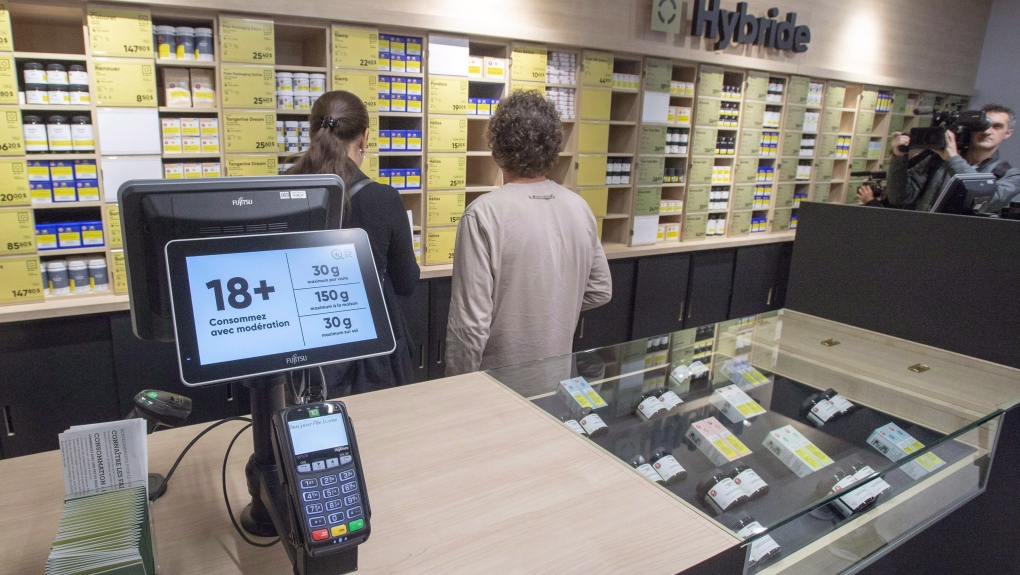 Cannabis products are seen on the shelves at a new Societe Quebecoise du Cannabis (SQDC) store during a media preview Tuesday, October 16, 2018 in Montreal. THE CANADIAN PRESS/Ryan Remiorz

Employees at a second branch of the SQDC have voted in favour of going on strike, according to the Canadian Press.

A majority of the 12 SQDC workers in Mirabel voted in favour of taking job action up to going on an unlimited general strike.

These workers are members of the Union of United Food and Commercial Workers (TUAC) affiliated with the FTQ.

They are following in the footsteps of their colleagues at the Rosemont-La Petite Patrie branch in Montreal, who voted in favour of a strike mandate last week.

As in the case of the Rosemont-La Petite Patrie, the union insists that it does not want to go on strike and that its purpose is first and foremost to negotiate a contract, with an arbitrator if necessary.

The management of the SQDC says it "respects the prerogative of employees to exercise the pressure tactics agreed in the Labour Code as part of the negotiation of a first collective agreement."

It added that its priority is to reach a negotiated agreement to the satisfaction of the parties and as soon as possible.