Legal aid eligibility thresholds are being raised by 5.6 per cent in Quebec

Legal aid eligibility thresholds are being raised by 5.6 per cent in Quebec 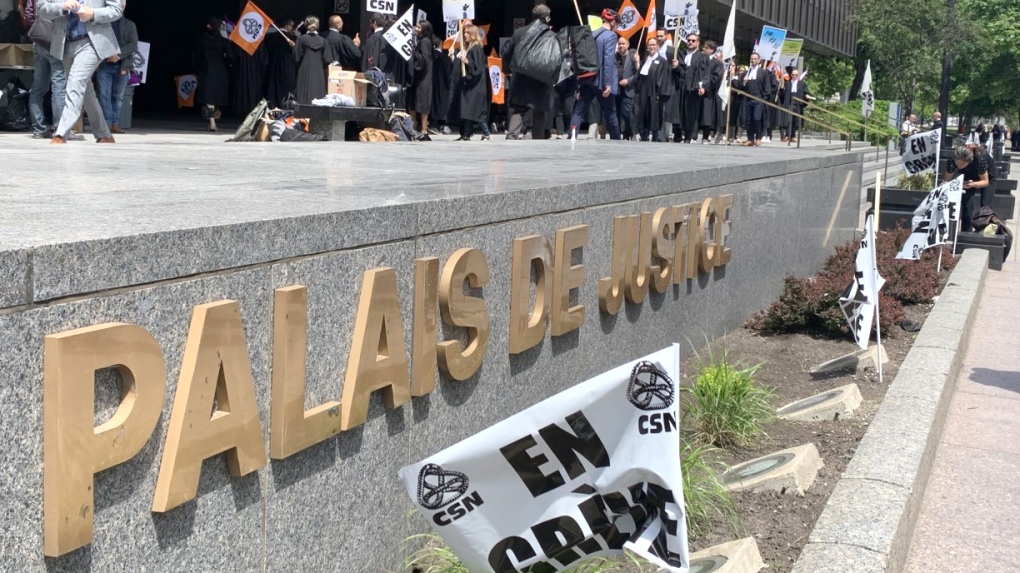 Legal aid lawyers hold a half-day strike as their contract negotiations are in a stalemate, in Montreal on Tuesday May 24, 2022. THE CANADIAN PRESS/Pierre St.Arnaud

Eligibility thresholds for legal aid in Quebec are being raised Tuesday by 5.6 per cent, the percentage corresponding to the minimum wage increase of May 1.

Commission des services juridiques President Daniel LaFrance says that on Jan. 1, 2016, the thresholds were raised, with minimum wage as a reference.

As in subsequent years, the current indexation kept the eligibility thresholds at that level.

The current rate of inflation in Canada is 6.8 per cent.

The commission explained that a single person completing a 35-hour workweek at minimum wage, i.e. $25,935 per year, has access to a lawyer acting under the legal aid plan at no cost.

In addition, services are free for a family consisting of two adults and two children whose income is less than $42,531.

The Quebec legal aid plan also includes a component for people whose income falls between the free eligibility thresholds and the maximum thresholds with contribution.

LaFrance says this allows a person to be represented by a lawyer before the courts knowing, in advance, the maximum cost of fees and expenses that could be claimed.

The Legal Services Board estimates for 2021-2022 that 23,429 applicants would not have been eligible for legal aid but for the increase in financial eligibility thresholds since Jan. 1, 2014.