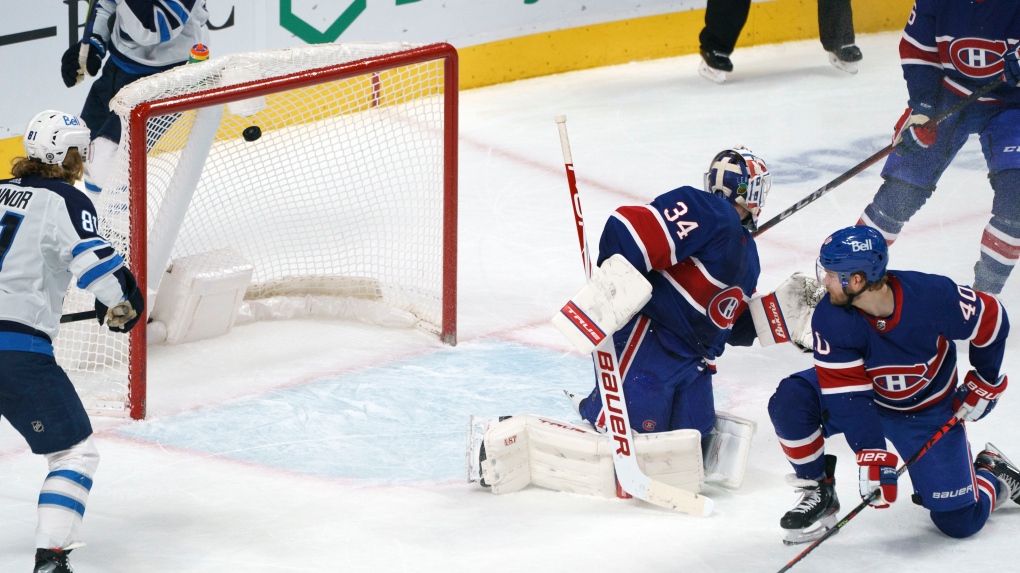 The puck goes into the net past Montreal Canadiens goaltender Jake Allen on a goal by Winnipeg Jets' Pierre-Luc Dubois (not shown) as Canadiens' Joel Armia looks on during overtime in NHL hockey action in Montreal on Thursday, March 4, 2021. THE CANADIAN PRESS/Paul Chiasson

MONTREAL -- A few costly mistakes put the Canadiens in a difficult position and the team finally dropped the all in overtime for the fourth time this season.

Pierre-Luc Dubois scored the winner that gave the Winnipeg Jets a 4-3 victory over Montreal on Thursday night at the Bell Centre.

Two days after ending a five-game losing streak, the Habs shot themselves too often in the foot and paid dearly for their mistakes.

His team, however, showed character and erased deficits of 2-0 and 3-2 before losing.

"We can say that we went for a point by scoring with about a minute and a half to go (in the third period)," said Ducharme when asked whether the Habs had dropped a point again in overtime.