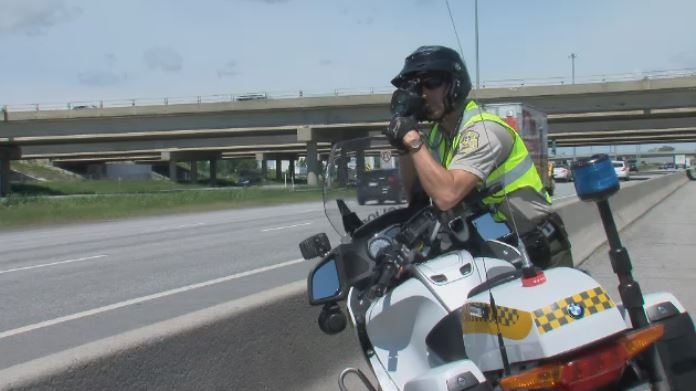 It happened at 12:30 a.m. when a patrol car noticed a vehicle travelling at high speeds on the westbound Autoroute Charest, near Autoroute Henry IV in Quebec City.

According to the Sûreté du Québec (SQ), the vehicle then entered Autoroute Duplessis, where it was "detected travelling at more than 160 km/h in a 90 km/h zone."

Officers stopped the driver and slapped him with multiple Highway Safety Code violations, including two speeding tickets, not signalling his intention to turn, crossing a dotted line and not carrying the required documents, such as registration and insurance.

The SQ notes the young driver was impaired by alcohol.

With the addition of his various other offences, the driver was hit with a $2,401 fine and 20 demerit points.

He was released and is expected to return to court at a later date.