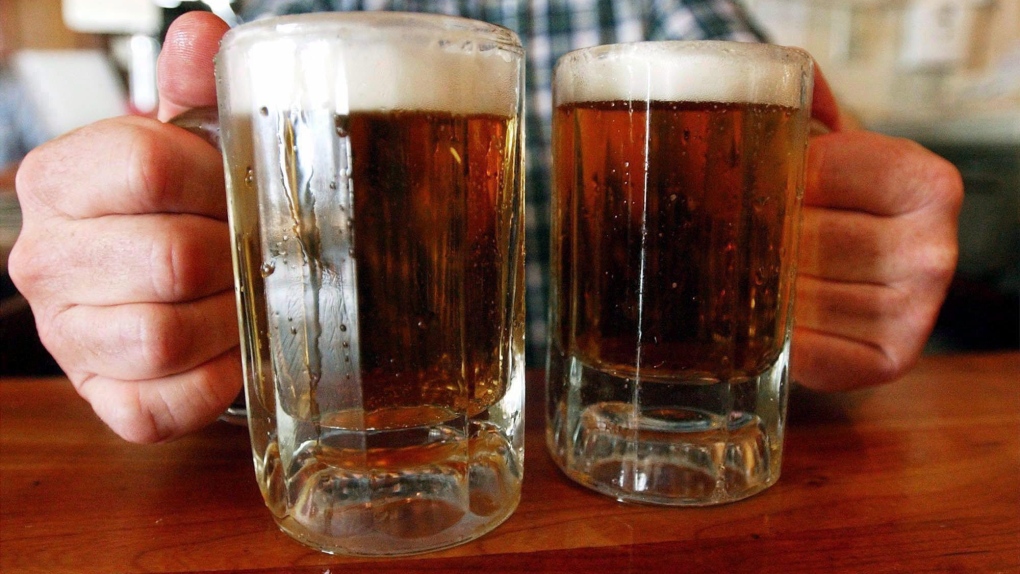 In this June 29, 2004 file photo, a bartender serves two mugs of beer at a tavern in Montpelier, Vt. (THE CANADIAN PRESS/AP/Toby Talbot, File)

MONTREAL -- Quebec Solidaire is calling on the Quebec government to help the province's struggling brewpubs by temporarily loosening restrictions on distribution regulations.

QS MNA for Rosemont Vincent Marissal said the government needs to make amendments to Bill 66 to allow some microbreweries, which are currently barred from selling their products in stores, to be allowed online orders and sales in public markets

"They are struggling right now, and the future is not bright for them," said Marissal. "They are asking for something quite simple that doesn't cost the government a dime."

The Quebec Association for Microbrewies said since the pandemic started, its members with brewpub permits have seen a drop in revenues in the neighbourhood of 85 per cent.

Myand said there are about 80 microbreweries of this type in the province, mostly in the Montreal area.

"We want the government to allow brewpubs to sell in retail stores at least in the short-term because of the pandemic," Myrand said.

One of the affected craft breweries is Le Cheval Blanc on Ontario Street East. Owner Jérôme Catelli Denys said for two years they have been asking the government to give them wider access to the consumer market.

"The SAQ can deliver wine by mail and the SQDC can deliver cannabis.... why can't artisanal breweries offer their products directly to the consumer or sell it in public markets? It is not a financial bailout that we need... the government needs to allow us to sell beer [to the public] immediately," said Catelli Denys.