Driver in hospital after head-on collision with ambulance in Lasalle 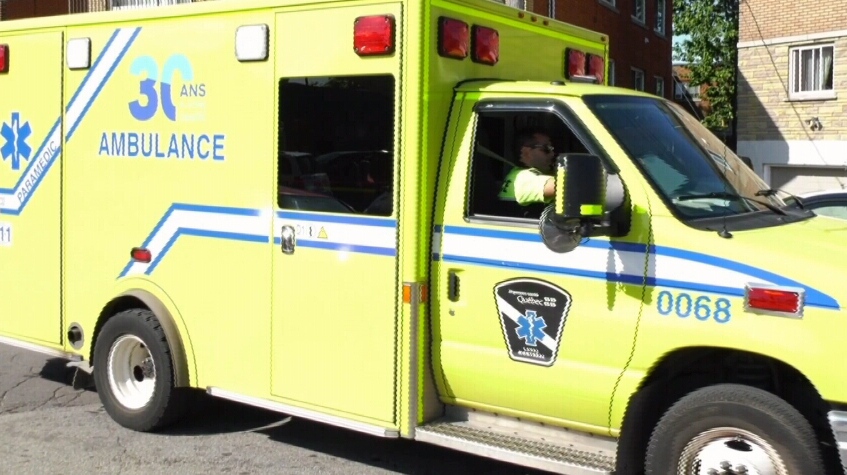 MONTREAL -- A 21-year-old man is fighting for his life following a head-on collision between his vehicle and an ambulance on Sunday afternoon.

According to Montreal police, the crash happened on the Angrignon Bridge near St-Patrick St. in Lasalle at around 3:10 p.m.

Witnesses told police the man's vehicle was heading northbound on Angrignon when it swerved into oncoming traffic and hit the ambulance, which was heading south.

The reason for the swerve is not yet known.

The driver was taken to hospital where he is in critical condition.

Two EMTs were also taken to hospital with minor injuries.

According to Urgences-Sante, the two EMTs were near the end of their shifts and were heading to their operations centre to return the vehicle and equipment.

The ambulance therefore did not have its lights or siren on at the time of the crash.

Angrignon was closed in both directions after the crash to allow police to analyze the scene.