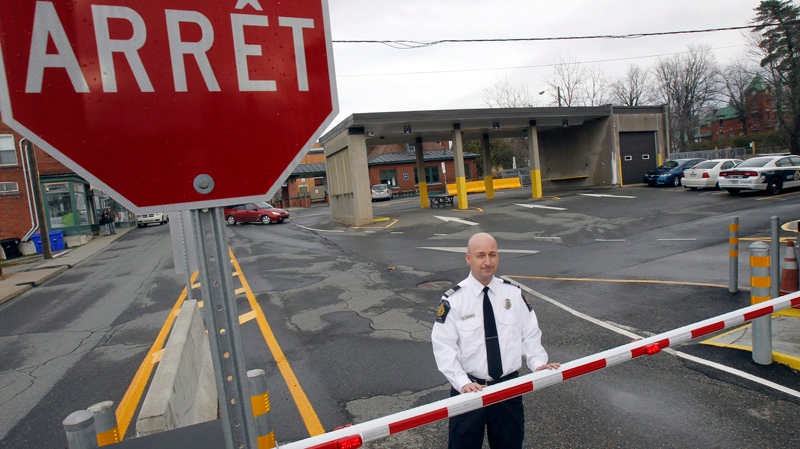 In this Nov. 14, 2012 photo, Miguel Begin, the chief of operations for the Canada Border Services Agency's Stanstead sector, stands at the Canadian port of entry in Stanstead, Quebec

In the past three months 365 illegal immigrants were stopped at the border between Quebec and the United States.

That is more applicants at those border crossings than in all of 2015.

According to statistics obtained by Bell Media radio, most of the migrants come from Eastern Europe and Africa.

Many of them had been living in the United States long enough to have children.

Three percent of those detained at the border in recent months are still in custody because they are considered a danger to the public, or because Canadian authorities have been unable to verify their identities.

Those with legitimate refugee claims were allowed to make applications to the Immigration and Refugee Board of Canada to determine if they will be allowed to stay in Canada.

Canada Border Services Agency won't speculate on the reason for the spike in refugee claimants, however the dramatic increase began in July, soon after Donald Trump was named the Republican candidate for president and he began repeatedly pledging to deport illegal immigrants if he were elected.

Last week Trump said the United States will deport about 3 million people as soon as the U.S. border was secured.

The RCMP said that while the number of arrests at the border has increased, there has been no change in the number of border patrols.