Dozens of firefighters battling blaze started by explosion in Monteregie

Dozens of firefighters battling blaze started by explosion in Monteregie

More than dozen fire trucks from municipalities across Montreal's South Shore are battling a major fire at an industrial produce building in the Monteregie on Monday morning.

A fire broke out around 4 a.m. at Guinois RGR in Sainte-Clotilde-de-Chateauguay, about an hour southwest of Montreal.

The fire is believed to have started when a compressor exploded on the roof of a warehouse.

Temporary foreign workers living behind the structure were uninjured and their residences were not touched. There were no other injuries reported.

Sainte-Clotilde-de-Chateauguay fire chief Benoit Tardif said the structure is unsafe to enter at the moment.

"It's a big size," he said. "Inside the building, you have a basement, so it's not possible to go in."

The building was renovated four years ago.

Guinois RGR is a major producer of vegetables that are sold to major grocery chains, wholesalers, and markets in the U.S. It has been in business since 1893. 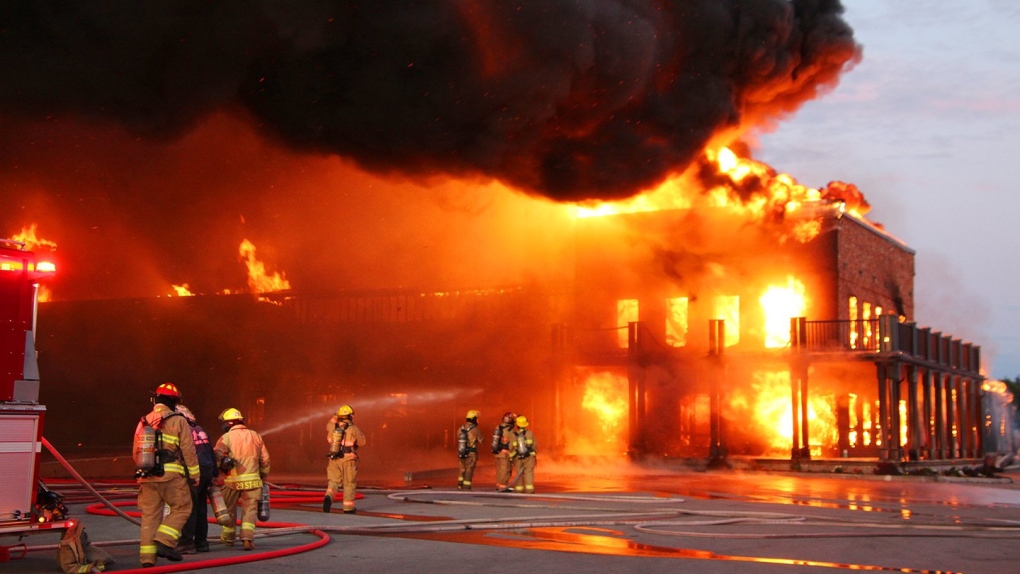 The House of Commons Public Safety and National Security Committee is set to meet today to discuss allegations of political interference in the 2020 mass shooting in Nova Scotia.

Canada's inflation rate slows to 7.6 per cent in July as gas prices fall

OPINION | Economists are forecasting a recession, how should you prepare?

Explosions and fires ripped through an ammunition depot in Russia-annexed Crimea on Tuesday in the second suspected Ukrainian attack on the peninsula in just over a week, forcing the evacuation of more than 3,000 people.

One-quarter of front line employees surveyed at Canada's border agency said they had directly witnessed a colleague discriminate against a traveller in the previous two years.

As heat waves become more common and extreme due to the effects of climate change, the data centres that provide the backbone for the online services the public relies on are at risk of overheating.

Some energy experts warn a deal to sell Canadian hydrogen to Germany will serve as only a small, far-off and expensive part of the solution to Europe's energy crisis.

The government of Alberta is looking to draw skilled workers from Toronto and Vancouver to the province and launched its recruitment campaign Monday morning.