Downtown Montreal street lit up with the Kanien'keha:ka clans of Kahnawake

MONTREAL -- Pedestrians and motorists traversing Peel St. in the centre of Montreal's downtown core will have their paths lit by illuminated designs of the three clans in the Kanien’kehá:ka (Mohawk) nation.

The Mohawk Council of Kahnawake and Kanien’kehá:ka Onkwawén:na Raotitióhkwa Language and Cultural Center (KORLCC) from the community on the South Shore of the St. Lawrence River teamed up with the City of Montreal to light up the heavily-trafficked thoroughfare with bear, wolf and turtle designs.

ISM Art & Design created the displays which were inspired by the discovery of archaeological Kanien’kehá:ka artifacts under the Peel St. and Sherbrooke St. intersection.

"I am pleased with the project and the opportunity to have so many people learn more about the Kanienkehá:ka," said cultural centre executive director Lisa Phillips. "I am very happy and excited for our local artist Kyle Kaientó:ton Williams, who did an exceptional job and to have his work be showcased."

The Kanien’kehá:ka nation is one of the six nations that make up the Rotinonhsión:ni (Haudenosaunee) Confederacy. (The French word for the confederacy is Iroquois).

The nation is a matrilineal community and clans are inherited through the mother. 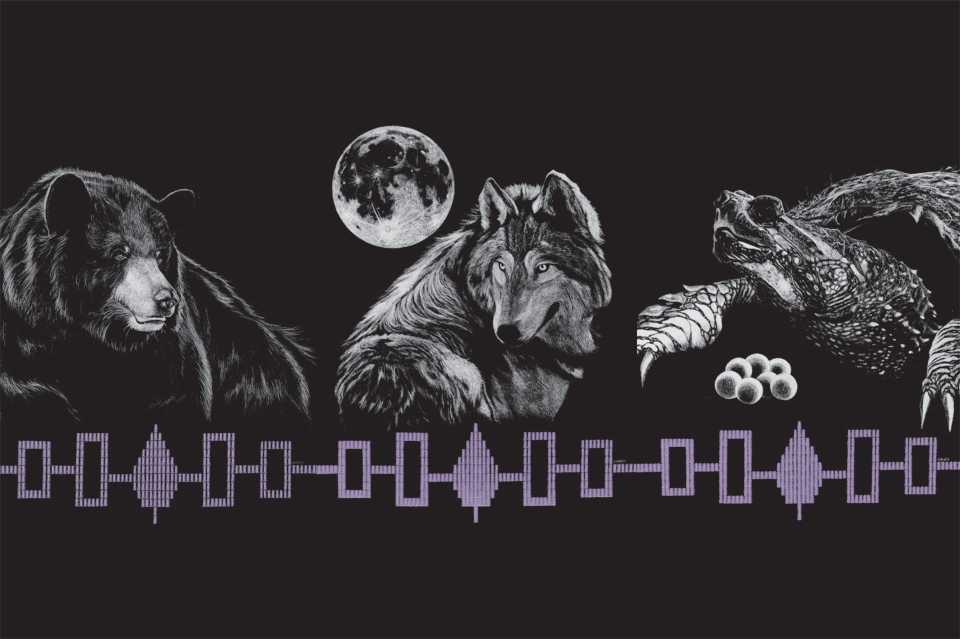 The installations are equipped with QR codes that, when scanned, redirect visitors to informative platforms.

“It’s an interesting opportunity that allows people to learn more about our community, our history, and the origin of our clans,” said Mohawk Council of Kahnawake chief Kahsennenhawe Sky-Deer. “Our nation is close by, just past the Mercier Bridge, on the other side of the St. Lawrence, and yet, so few people know our history.”

The commercial development department of the City of Tiohtià:ke (Montreal) initiated the project in the summer.

“Rather than speak for them, we wanted to make sure that the First Nations were aware of the project and that it corresponded to the message they wanted to convey,” said Cristina d’Arienzo, director of operations for the Montreal Centre-ville SDC.

The lights will emblazon the street until Feb. 15, and are part of a larger reconciliation project launched by the City of Montreal.

“The City of Montreal’s goal is to work directly with the First Nations in order to share the island’s thousand-year-old history," said D'Arienzo. "We hope everyone takes the time to learn more about our city’s history through these beautiful installations.”