MONTREAL -- Montreal's downtown economy continues to suffer despite Mayor Valerie Plante's calls for workers to head back to the office.

Most buildings are reporting they are barely 10 per cent full.

That means a 90 per cent drop in people heading downtown.

Veronique Doucet heads the city's economic development department and updated the city's executive committe this morning reporting that on average only 50,000 people are heading downtown every day. 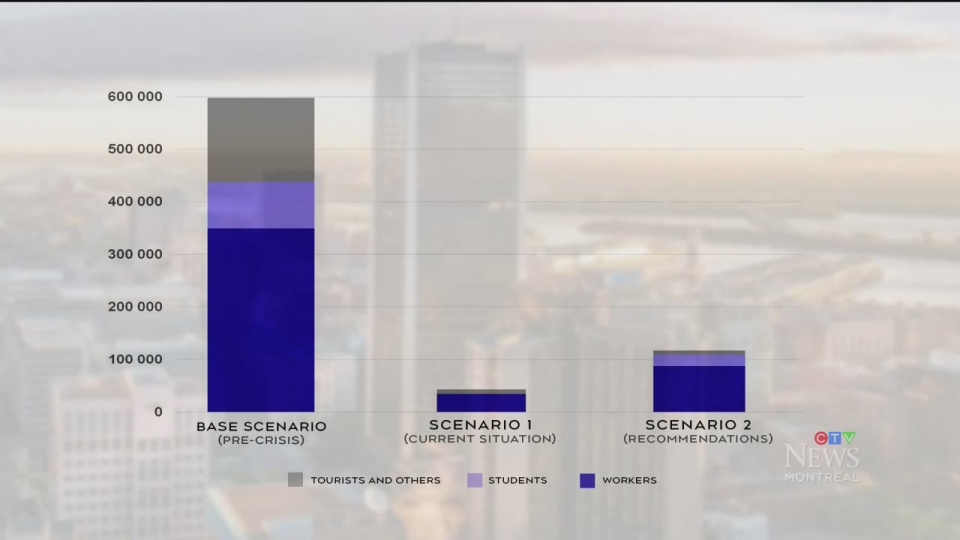 With students and tourists not heading downtown and only 5-10 per cent of workers heading to the office, downtown Montreal faces the risk of turning into a ghost town.

If offices followed the government guidelines and operated at 25 per cent, the number of people heading downtown would still hover around 125,000, much lower than where things used to be.

Doucet says it will likely be several years before the economy returns to where it was.

Plateau borough mayor Luc Rabouin said Montreal has been hit harder by the pandemic than any other city in Canada, and it needs help.

He wants to see government financial aid maintained downtown saying the sectors most affected by the pandemic need to continue getting help such as commercial rent or salary relief.

The sectors suffering the most include restaurants, hotels, tourism and retail stores.