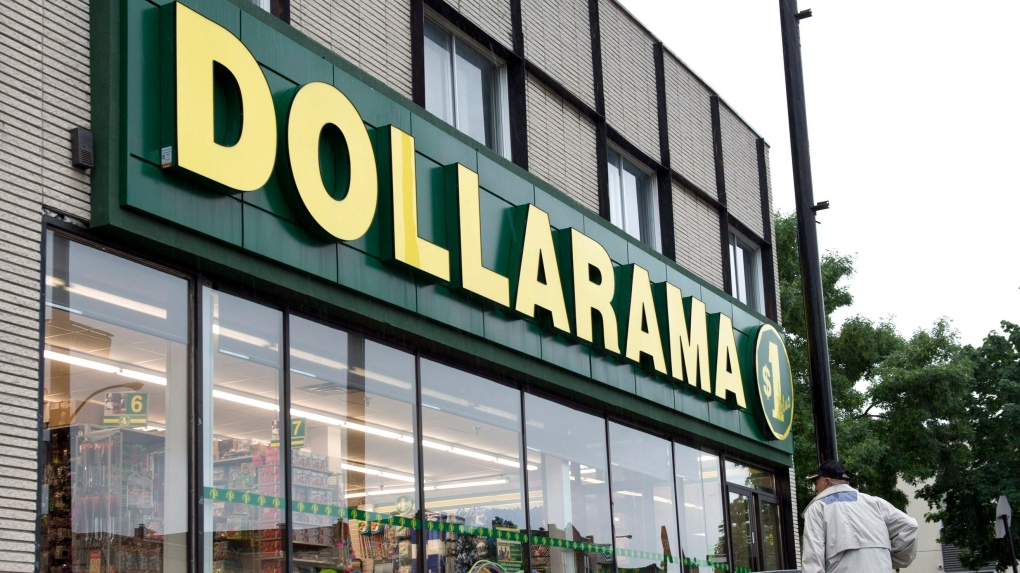 A Dollarama store is seen Tuesday, June 11, 2013 in Montreal. THE CANADIAN PRESS/Paul Chiasson

The Montreal-based retailer raised its comparable-store sales growth guidance Wednesday as it reported that its third-quarter profit and sales were up compared with a year ago.

During a call with analysts, Dollarama's chief financial officer J.P. Towner said the retailer saw a third consecutive quarter of "higher than historical demand" for consumable products, a category that includes food as well as items such as laundry detergent that can only be used once.

"Canadians from all walks of life continue to seek value in lower prices on the goods they need," he said.

The company cited current economic conditions as a significant factor in the demand from new customers as food prices have increased faster than overall price growth figures through much of the year, peaking with 11.4 per cent increase in August.

"Our value promise and a high inflation environment is even more relevant as consumers juggle the pressure on their wallets and adjust their spending strategies," said Rossy.

As Dollarama, traditionally known for prices between $1.25 and $2.50, continues to stock additional items up to $5, Rossy said the rollout has gone as planned and the company has yet to receive negative feedback regarding the higher prices.

The discount retailer opened 18 new store locations in its third quarter for a year-to-date total of 41 net new stores.

"We expect a busy Q4 on the real estate front and remain on track to reach our full-year target of 60 to 70 net new stores," said Rossy.

Dollarama reported earnings of $201.6 million or 70 cents per diluted share for the 13-week period ended Oct. 30, compared with a profit of $183.4 million or 61 cents per share in the same quarter last year.

Comparable-store sales rose 10.8 per cent as the number of transactions climbed 10.3 per cent and the average transaction size gained 0.4 per cent.

This report by The Canadian Press was first published Dec. 7, 2022.