Dog that attacked six people in Montreal North will be euthanized 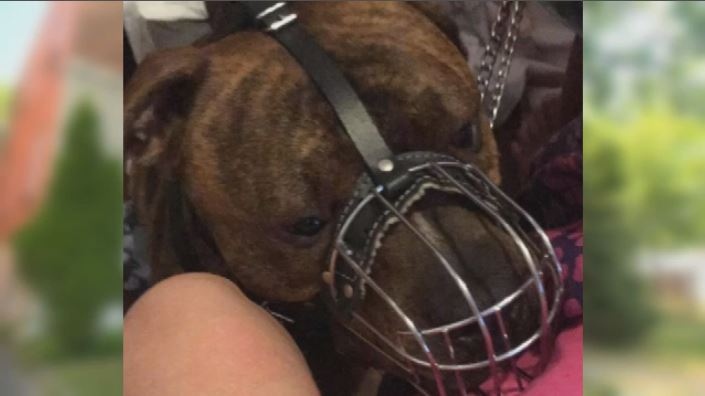 Two children were injured in separate incidents involving this dog in Montreal North on Sun., Aug. 19, 2018.

MONTREAL -- The city of Montreal will euthanize a dog that attacked six people, including four children, in Montreal North in 2018, a spokesperson said Tuesday.

The decision to kill the dog came after lawyer Anne-France Goldwater, who had been representing the animal's owner, decided not to pursue the case to the Supreme Court of Canada after two lower courts had confirmed the city's decision to euthanize it, the spokesperson added.

The dog, a pit bull named Shotta, had been scheduled to die after Montreal North declared it "dangerous" when it bit a four-year-old girl in the head, leaving her in need of 16 stitches. That same day, the owners of the dog locked it inside, but it escaped and attacked the injured girl's brother as he played outside. The dog bit the boy on the arm. He needed reconstructive surgery.

By the time police arrived, the dog had bitten six people.

The grandmother was watching the children at the time of the incident; no charges were laid against her.

The animal's owner, Christa Frineau, had pleaded with a judge, asking for the dog to be handed over to a specialized refuge in New York, where it would be kept away from the public and never adopted to a home. But two courts refused her request.

After the Quebec Court of Appeal in Dec. 2019 denied the request to have the dog sent to the shelter, only a Supreme Court of Canada decision could have overturned the ruling.

The SPCA will euthanize the dog, the city wrote on Tuesday.

A dog behaviour expert had evaluated Shotta, as the Quebec Court of Appeal decision mandated, the city added.

In December, the Quebec government introduced legislation that gave municipalities greater power to crack down on dangerous dogs, but some critics, like Dominique Alain, who was attacked by a dog in the Eastern Townships in 2019, argued the legislation didn't go far enough.

"[The government] they don't have the courage to say it's zero tolerance for any dogs in Quebec that have attacked and seriously wounded someone," she said. "I think that the Legault government just do not want to tackle a serious position with dangerous dogs--they're really washing their hands in asking the municipalities to decide if a dog may present a risk."