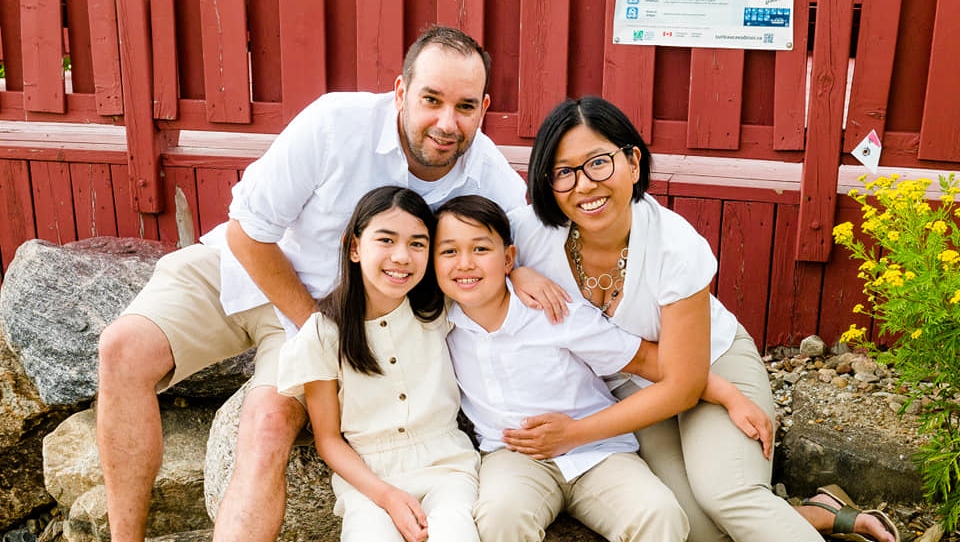 Melody Shun and Brian Willey struggled to get medical exemptions for their children, Marley and Quinten, from their doctor.

MONTREAL -- What if sending a child to school could send a family member to the hospital?

With many classrooms in full swing in the greater Montreal region, some parents say they're still struggling to obtain medical exemptions that would allow their children to attend virtual classrooms at home. It's an option these parents say they need to keep their families healthy and safe during a pandemic.

With the clock ticking, four moms tell CTV their stress levels are soaring.

Some parents say they've received mixed messages and inadequate support from doctors and school officials – who are also being bombarded with government information.

One mother said her child's doctor reneged after first agreeing to sign off on an exemption three weeks earlier for her nine-year-old son who has a heart condition. Even less pleasant, she said, was hearing from office staff at her child's elementary school that youth protection services would pay her a visit if she didn't send her son to class.

Two other mothers, who shared almost identical stories about their medical concerns, had opposite experiences with their respective doctors - one receiving an exemption, while the other's request was rejected.

"It's a catch-22," said Melody Shun, a Brossard mother of a nine-year-old boy and a 12-year-old girl whose request for an exemption has been hampered by both the education ministry's requirements and Quebec's doctor shortage.

Shun's husband Bryan Willey has diabetes, and if he were to catch the virus, "he's at risk of having very severe symptoms," she said.

Even though Willey's doctor agreed he's at high risk, Shun said his doctor was not comfortable filling out the exemption form on the children's behalf because they, he said, "are not his patients." Since the Riverside School Board will only accept an exemption request with the children's names on it, they're caught in a vicious circle, especially since the children are on a provincial waiting list to get a doctor of their own.

The family doesn't know where to turn, said Shun, adding that "it's causing a real strain."

Another parent in a similar situation has fared better, which only seems to highlight the general confusion among families and physicians alike.

Rosemarie Federico is the mother of two boys and sought an exemption for her children because she has asthma. "When I get sick, I get really sick," said Federico, adding she also cares for her parents. "My mom is a heart patient, and my dad is a serious diabetic who just spent 139 days in the hospital because of pulmonary issues."

Her doctor had no problem handling the exemption on behalf of the two boys – even though they weren't her patients.

"She's my doctor, my parents' doctor, so she didn't even hesitate," she said.

The Ahuntsic resident, though, is now nervously waiting to hear if the school board will accept the doctor's note for her sons, who also have special needs, all the while trying to support and advocate for other special needs families.

"I feel for everybody," Federico said, her voice breaking with emotion. "We have to constantly fight for different things all the time. They want to know where the anxiety is coming from? It's coming from that. They're basically telling us we don't control our family."

CTV contacted Education Minister Jean-Francois Roberge's office twice and asked how parents should proceed if someone in the family has an underlying condition and relatives have different physicians, but has not heard back.

Overall, however, Shiller said he thinks the guidelines prepared for doctors by the government are good.

The Montreal Children's Hospital and Ste-Justine Hospital have also published guides on their websites that anyone can consult.

"They can't in one document list every single example or case," Shiller allowed, describing the case of a patient who was recently diagnosed with anorexia nervosa as "an example where she shouldn't go to school because she's doing family-based therapy at home."

Shiller also recommended his patient, 11-year-old Zoe Newton, stay away from the classroom environment as a precaution. Zoe was born with a rare genetic mutation described by her mother, Emanuelle Dagenais, as "kind of like a locked-in syndrome - but she's smart as a whip."

Despite the risks, Dagenais expressed ambivalence about keeping her bright girl home "because there is a certain benefit to going to school," she said. 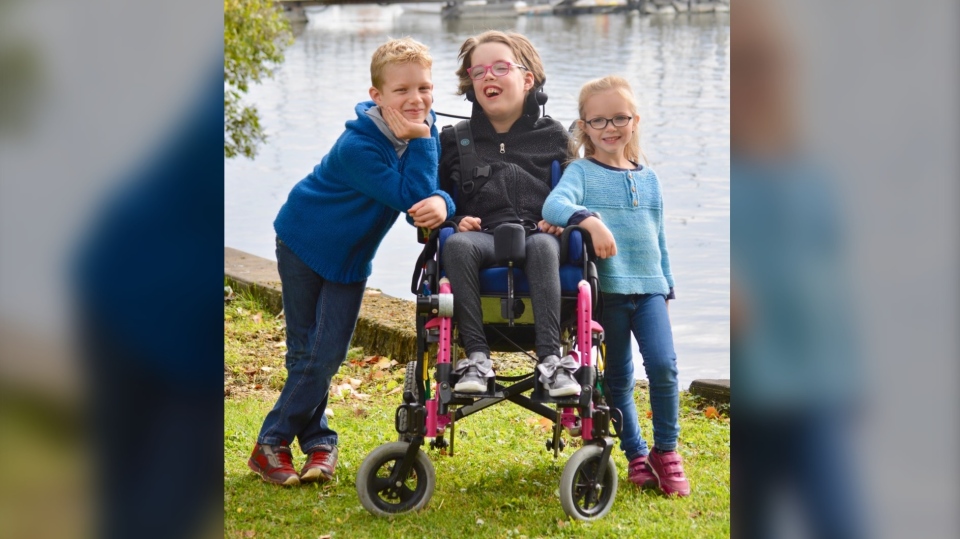 Zoe Newton (centre) was given an exemption, but her siblings Liam and Kaylie will attend school on their doctor's advice.

And what to do about Zoe's younger brother and sister? They'll attend their school in the West Island because Shiller determined the risk to Zoe right now is low. Dagenais credited Shiller with putting her at ease, explaining that they'll adjust their strategy if the situation in Quebec deteriorates.

"I'm not panicked," Dagenais said. "I'm ambivalent and confused, as so many parents are."

WHAT DO PARENTS NEED TO KNOW? TWO SPECIALISTS WEIGH IN

There are two sides to the argument over medical exemptions, said Dr. Earl Rubin, division director of pediatric infectious diseases at the Montreal Children's Hospital.

"Speaking as an anxious parent, I get where they're coming from, but they need to be reassured in terms of what is the true risk that's involved," he said, adding that the situation calls for discussion, education, assessments of the underlying health conditions and the school environment.

"Together, you come to a rational, reasonable response. It's difficult – no question about it," he said.

If the child goes to a school with adequate distancing, hand hygiene and hopefully, mask-wearing, the risks are very low, he said.

And right now, Rubin added, Quebec is not reporting a high level of community spread – but if that changes, so will the risk.

Many parents are very concerned, and that's an entirely understandable reaction, said Shiller.

"We've all been told to wear masks, distance and restrict our contact with others. Now, all of a sudden, they say you can send your precious child to class with 30 other kids," he said.

It can be jarring, but Shiller said the vast majority of children can attend school safely.

While there is still a great deal to learn about COVID-19 with new studies and data emerging every day, there is a lot they do know, the pediatrician concluded, providing a few examples: