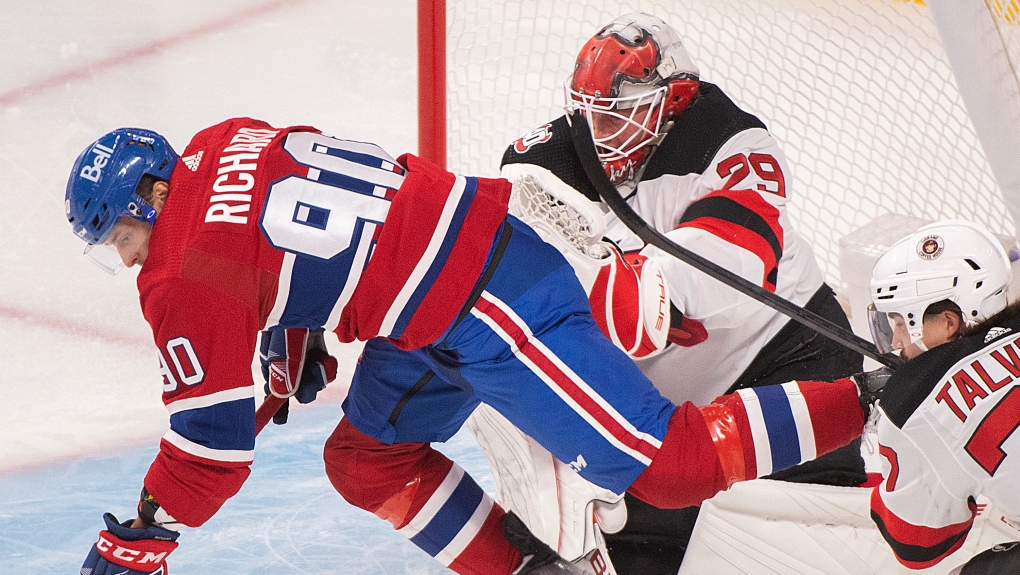 The Montreal Canadiens opened their NHL pre-season campaign at home, but allowed two unanswered goals and fell to the New Jersey Devils 2-1 on Monday.

Cole Caufield scored first for the Canadiens but former Hab Tomas Tatar and Graeme Clarke scored the Devils' goals to register the victory.

Jake Allen kept a clean sheet with 18 saves through 29 minutes of play. Cayden Primeau filled in for the second half of the game and stopped 11 of 13 shots.

McKenzie Blackwood allowed one goal and made 15 saves in just over 31 minutes of play. Nico Daws played the back end of the game and stopped all five shots fired his way.

Juraj Slafkovsky played his first game in front of the Bell Centre crowd. Home fans were ecstatic to finally watch the Habs' first top pick in the NHL draft since Doug Wickenheiser.

The Slovakian received a loud ovation with his first touch of the puck but stayed off the scoresheet, only picking up an interference penalty in the second period. 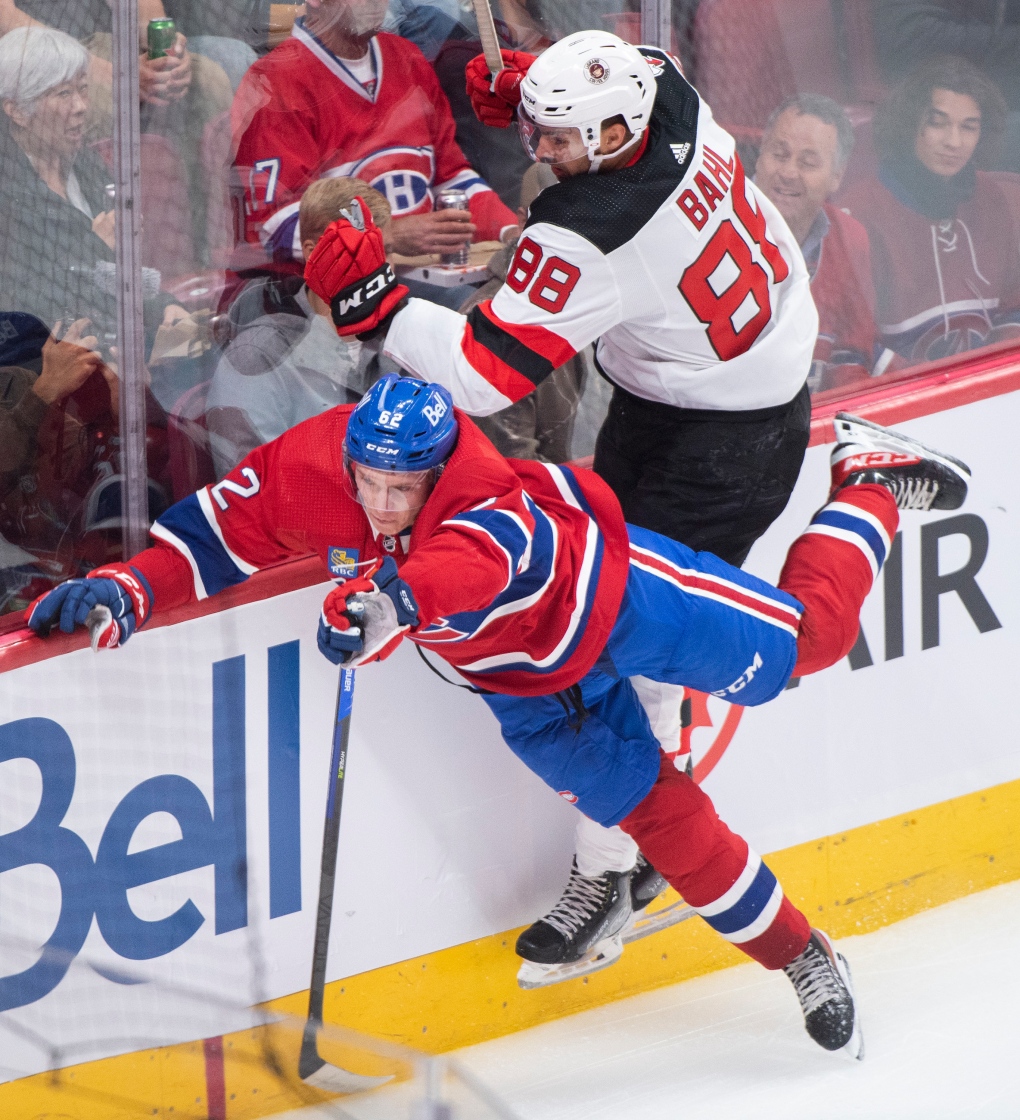 Caufield took no time to get back where he left off and opened the scoring on the power play with a one-timer from Mike Hoffman's pass in the first period. In the process, Pte. Claire, Que., native Mike Matheson picked up his first point as a Hab.

The Devils replied with a power-play goal of their own. Jesper Bratt found Tatar from the back of Montreal's net and the Slovakian sniped the puck above Primeau's glove.

Owen Beck, who had raised eyebrows during the Prospects Challenge, continued to impress on the top line flanked with Caufield and Hoffman to his sides. The 2022 second-round pick hit the crossbar from the right faceoff circle in the third period trying to regain the lead.

The Devils took their first lead of the game at 14:03 of the third period. Clark tried his luck from the right faceoff circle but Primeau blocked the shot. The puck then bounced off of Clark's skate and past the Canadiens' netminder.

Montreal responded instantly when Michael Pezzetta redirected Matheson's shot from the point but a Devils' challenge found that there was an offside on the play.

NOTES: Nico Hischier played two periods and suffered cramps. The Devils' captain did not return to the game following the second intermission for precautionary measures.

Parents can apply with the Canada Revenue Agency starting today to receive the children's dental benefit that the federal Liberals say is intended to provide cost-of-living relief to low-income Canadians but that critics say is a drop in the bucket.

A top European Union official warned Elon Musk on Wednesday that Twitter needs to beef up measures to protect users from hate speech, misinformation and other harmful content to avoid violating new rules that threaten tech giants with big fines or even a ban in the 27-nation bloc.

Eligible Canadians can now apply for the new federal dental benefit, Canada plays its final men's World Cup match, and Christine McVie of Fleetwood Mac dies at 79. Here's what you need to know to start your day.