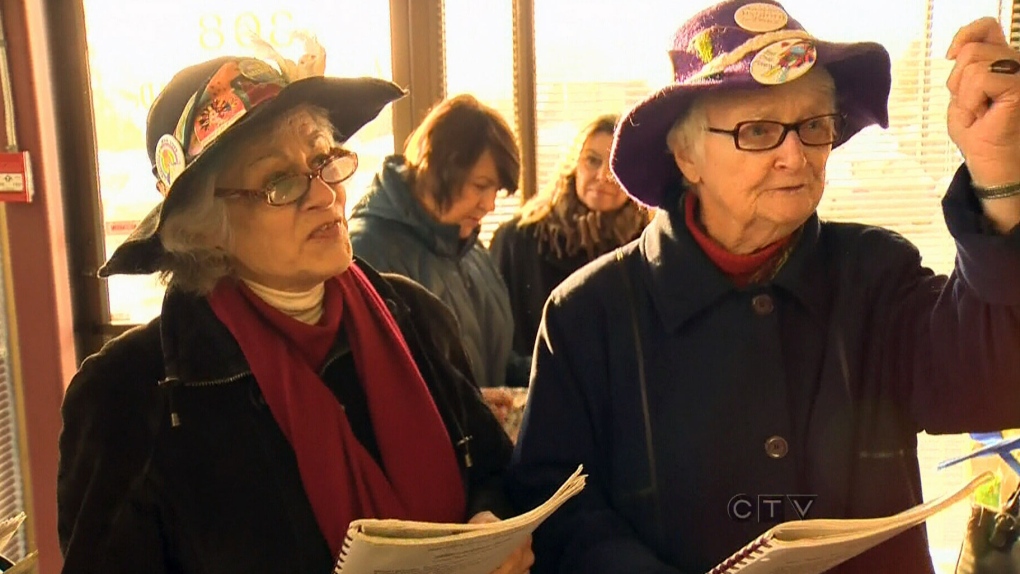 MONTREAL -- Canada is in store for a seniors' retirement home construction boom to accommodate a surge in the number of aging baby boomers, and those building the facilities say they'll include all the boomer-friendly comforts and conveniences of home.

Luc Maurice, a Quebec developer who's spending $1 billion on new projects, is looking to double the number of units he operates in Quebec. And he expects at least $3 billion a year will need to be spent across the country to build and upgrade retirement facilities.

"It's not about waiting to die," he said when describing what seniors are looking for in today's retirement homes.

Future seniors are expected to be wealthier, to live longer, healthier lives and to increasingly value their freedom and autonomy. Many will seek companionship because they have fewer children than current-day seniors, or no children at all.

While not all will seek extreme luxury, seniors want quality condo-style amenities including modern kitchens and an array of optional services that allow them to live independently, said Maurice, who plans to add 17 buildings with more than 5,500 units in Montreal, Gatineau and Quebec City over the next few years.

They expect Wi-Fi that eases communication with loved ones, common areas with recreational services like pools and gyms, access to gardens and lifelong learning. Many seek urban settings and want to be close to liquor stores, cafes and shopping.

Most importantly, they want choice -- about meals, activities and levels of care, says Thomas Wellner, CEO of global "senior living communities" operator Revera, which sees a doubling of its Canadian units in the next five years.

"I think there are opportunities for much more relevant offerings to meet the needs of seniors that are coming," he said in an interview.

Quebec is Canada's leader in retirement housing, accounting for about half of 2,794 residences with 224,342 rental units available for seniors 75 years and older, says a 2015 report from Canada Mortgage and Housing Corp. released Wednesday.

About 18.5 per cent of Quebec seniors live in 1,300 retirement homes, well in excess of the nine per cent Canadian average and five per cent in Ontario. Nova Scotia had the lowest rate at just 1.9 per cent.

Average monthly rents for bachelor units and private rooms with at least one meal were lowest in Quebec at $1,521 and highest in Ontario at $2,815, said the CMHC. Prices increase dramatically depending on services provided. Units offering heavy care services averaged $3,520 in 2015, ranging between $2,881 in Quebec and $6,011 in B.C.

The Ontario Retirement Communities Association (ORCA) sees the province adding more independent living units as Canada's seniors' population more than doubles over the next 21 years to 10 million. By 2036, one quarter of Canada's population is forecast to be 65 and older, up from 15 per cent currently.

"We do expect a slow growing boom," says association CEO Laurie Johnston. "The baby boomers are not really going to hit the doorsteps of retirement homes for another 10 to 15 years so you will see capacity increase over that time, but the peak is still a ways away."

She said construction is already starting to pick up with access to financing beginning to improve.

In addition to small operators, large developers like Amica, Signature Retirement Living and Chartwell Retirement Residences are proceeding with development projects. American REITs are taking a closer look at Canada and could lead a wave of amalgamations.

Wellner expects the retirement rental gap between Quebec and the rest of Canada will narrow as seniors outside of Quebec begin using the equity in their homes to rent retirement spaces.

"If we can convince folks to do that, there are many options that can be appealing and simplify life for them."

He pointed to an internal survey that found half of seniors are willing to consider such change if they can be assured they won't outlive their savings, can remain active and have access to changing levels of care as they age.

"It's hard to say how this will evolve over time but one thing for sure is the population is aging, there will be more demand for residences for seniors. Whether it will be a boom or not, it's hard to say."