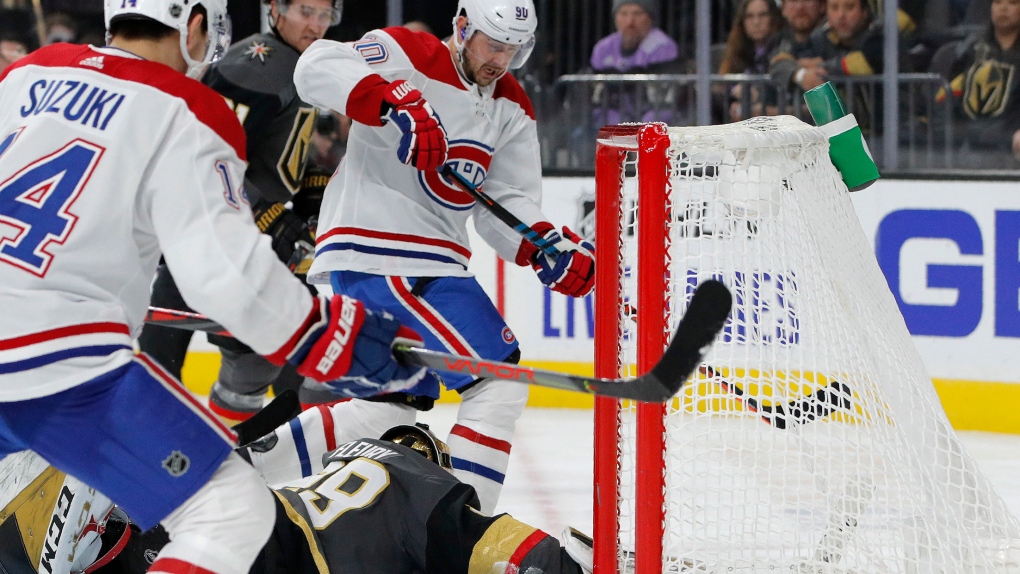 LAS VEGAS -- From the Manitoba prairie to the Mojave Desert, from largely empty arenas to a capacity crowd: not a lot about Monday's Stanley Cup semifinal opener in Las Vegas will be familiar to the Montreal Canadiens.

That includes the Vegas Golden Knights themselves, a team the Canadiens have yet to face in the 2020-21 season as a result of the COVID-19 pandemic, which until now kept all but one of Canada's teams north of the partially closed border.

They've also been idle for more than a week, dispatching the Winnipeg Jets in four games while the Knights battled the hardy Colorado Avalanche in a thrilling six-game series that made No. 1-seeded Vegas the odds-on favourites to make the finals.

On Monday, they'll see something else that's been largely missing this year: 18,000 mostly hostile fans in the stands at T-Mobile Arena, which only began allowing all the seats to be sold at the start of the month.

While Canadians are only just beginning to emerge from their forced hibernation -- Ontario only began allowing patios and non-essential businesses to reopen Friday -- Vegas is looking like its old self, the streets and blackjack tables jammed with tourists utterly unfazed by a week-long heat wave expected to top 45 C.

But the Habs know one thing, and that's each other.

"We know what type of team that we are, we know how we have to play to have success," forward Brendan Gallagher told a news conference Sunday in Vegas.

So if the Sin City bookmakers want to call the Canadiens the underdogs, so be it, Gallagher said.

"People may have doubted us, but for us in the locker room, we had belief in each other," he said. "As of now, we have a lot of belief and hopefully that continues going forward."

Should the series last the full seven games, the two teams will have played each other more in the space of two weeks than ever before during the regular season, since the Knights have only been an NHL franchise since 2017.

Canadiens interim coach Dominique Ducharme wasn't sounding at all cowed Sunday by the challenge that lies ahead.

"When you get to the Final Four, I guess your guys are playing good, too," Ducharme said.

Despite the unknowns, there will be other familiarities as well.

Injured defencemen Jeff Petry and Jon Merrill are all in Vegas, along with concussed forward Jake Evans, although Ducharme couldn't exactly say Saturday when they are expected to rejoin the lineup.

And then there's Carey Price, a playoff veteran whose reliability will be welcome at a level of hockey that always seems to come down to which team has the more spectacular goaltender.

"Every team's goal is to make life difficult in front of your goaltender," said Habs defender Shea Weber. "Our job as the back end is trying to make it as easy on Carey as possible."

Price will have his hands full trying to outshine Knights netminder Marc-Andre Fleury, a born-and-bred Quebecer whose only obstacle to another berth in the final will be the team he idolized as a boy.

"He's an awesome goaltender and he's an awesome dude -- you know, I had the opportunity to skate with him a few times, and his work ethic speaks for itself," Price said.

"As far as trying to solve him, I don't think there's any secrets: it's going to be traffic and distractions and getting to the net."

Evans has been out of commission since June 2 when he was levelled by Jets centre Mark Scheifele in the final moments of Montreal's 5-3 win in the second-round series opener.

The crushing blow left Evans with a concussion and Scheifele with a four-game suspension.

Evans is working through the process of getting back to game shape, working out in the gym and skating on Friday and Saturday, Ducharme said.

"He's got a couple more steps to go but he's heading in the right direction."

Evans has one goal in four playoff games this season. The 25-year-old from Toronto put up 13 points (three goals, 10 assists) in 47 regular-season games this year.

This report by The Canadian Press was first published June 13, 2021.