Despite lacking swimmers, medals, annual race across Lac-St-Jean goes on 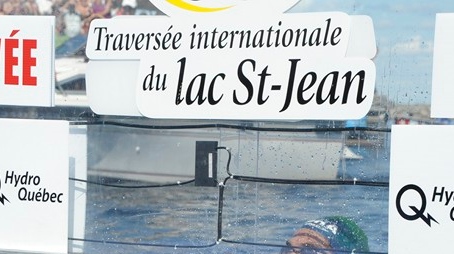 MONTREAL -- This year's edition of the Traversee Internationale du Lac-St-Jean is that in name only this year, as the COVID-19 pandemic kept swimmers from outside Canada's borders from taking part.

In other years, the event attracts 20 to 25 swimmers from around the world, but in 2021, only three athletes, Quebecers all, had begun the 32-kilometre race at the Peribonka Wharf.

With only three swimmers, all were guaranteed a place on the podium, though event general manager Jeremie Bonneau warned that calling it a medal ceremony this year might be an exaggeration. The presentation of physical medals was cancelled due to public health measures. Instead, the medals will be sent via mail.

The rules are more rigid than those found at the Tokyo Olympics, where medals are being given out in person and where winners can remove face coverings for 30 seconds while posing for photographers.

The race record is six hours and 19 minutes.

He was followed by 23-year-old William Bourumeau of Chicoutimi and Alexandre Harvey, 43, of Vaudreuil-Dorion, who did not complete the race but swam 14 kilometres in three hours and 20 minutes before forfeiting.

This report by The Canadian Press was first published in French on July 31, 2021.