Desmarais brothers step down as co-CEOs of Power Corp. 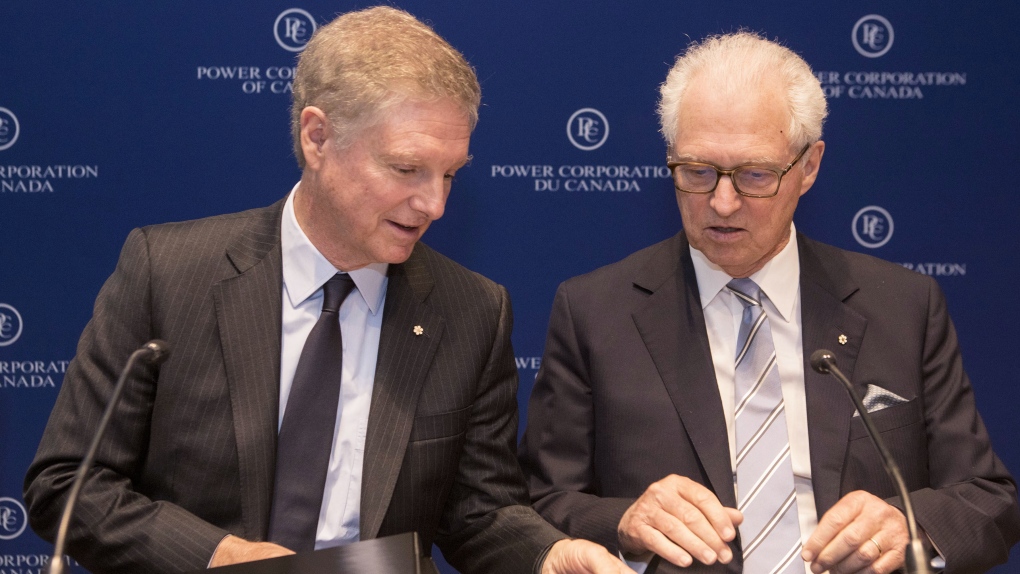 MONTREAL -- Power Corporation of Canada and Power Financial on Friday announced a reorganization that will see brothers Paul Desmarais Jr. and Andre Desmarais retire as co-CEOs, positions they have held for 23 years.

The brothers, who are the sons of Power founder Paul Desmarais Sr., will remain with the organization as chairman (Paul Jr.) and deputy chairman (Andre) of Power's board of directors.

Pansolo Holding, which is controlled by a Desmarais family trust, will maintain control of Power Corporation following the restructuring. The holding company plans to buy between five million and six million of the 30 million participating preferred shares of Power Corporation that it is eligible to purchase, which represents about 50.2 per cent of voting shares.

The Montreal-based company says the reorganization will simplify its corporate structure and allow it to focus on financial services, as well as create value for its shareholders.