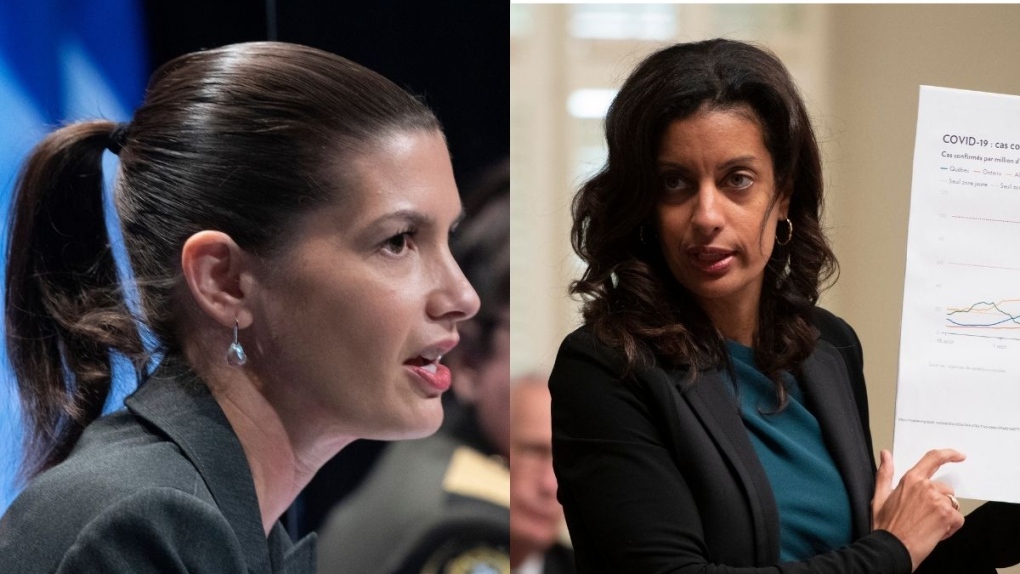 OTTAWA -- Tensions between the Legault government and the Liberal opposition escalated, on Wednesday.

At an early morning news briefing, Deputy Premier Genevieve Guilbault openly accused Dominique Anglade, the leader of the official opposition, of making an "irresponsible" speech, when she criticized the government’s management of the second wave of the pandemic.

According to Guilbault, the Liberal opposition must be denounced for leaving the threat of civil disobedience hovering, undermining the morale of Quebecers, and making comments that could encourage some to disregard public health instructions.

“Be united! Be constructive,” said Guilbault, who is also the Public Security Minister. She first addressed the opposition parties in general, then tuned her attention squarely on the official opposition, and statements made by its leader, a day earlier.

On Tuesday, the three opposition parties united to criticize the CAQ for what they see as a lack of consistency in government action, denouncing in unison the government's lack of preparation and transparency.

The criticism came as a coalition of gym owners threatened to defy the government by opening the doors to their fitness centers, even as shutdown orders are extended in red zones for another 28 days.