Demonstration in Montreal calls on government to regularize migrants 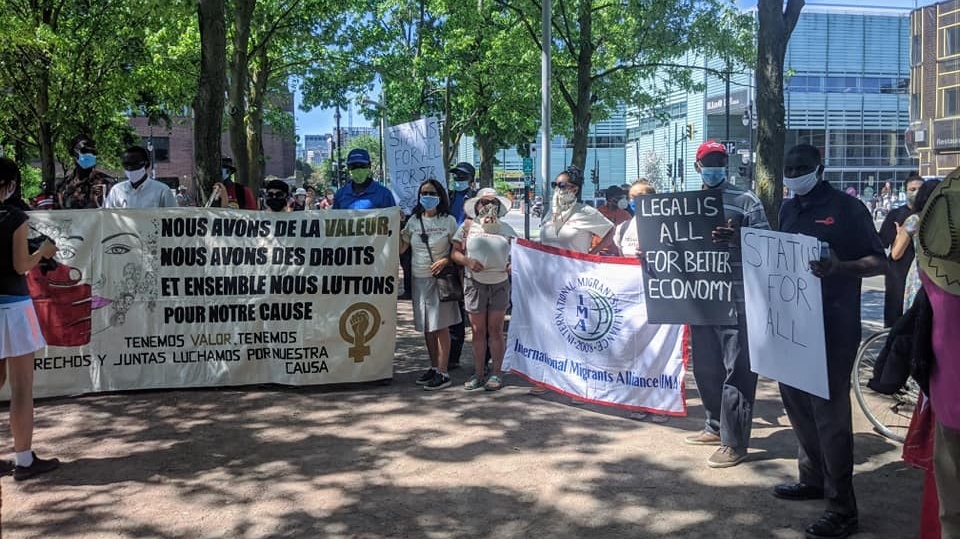 Demonstrators gathered in Montreal Saturday demanding rights for migrants in the province they deem essential. SOURCE Solidarity Across Borders

MONTREAL -- Protesters gathered in Montreal Saturday calling on the government to grant asylum to all migrants, without exception.

“Everyone is essential!” read one demonstrator’s sign at the protest held at Place Émilie-Gamelin, in the city centre, organized by Solidary Across Borders.

“It is not only asylum seekers who have worked in the health field who deserve recognition,” argued a participant at the rally.

At the end of May, Quebec Premier François Legault announced that he asked then Minister of Immigration Simon Jolin-Barrette to “look at the cases one by one” and see if it would be possible to qualify them as immigrants. His federal counterpart, Prime Minister Justin Trudeau said that the Canadian government was already working on this.

But beyond these “guardian angels” many undocumented migrants, international students, temporary foreign workers and other refugee claimants found themselves on the front lines in times of pandemic, many have said.

Those whom governments are planning to regularize have simply found themselves in the “right place at the right time,” said Farid, an undocumented migrant from Algeria, who preferred to withhold his last name.

“They are playing with our future, with our life,” explained Farid, who has worked in a warehouse for nine years in the food industry.