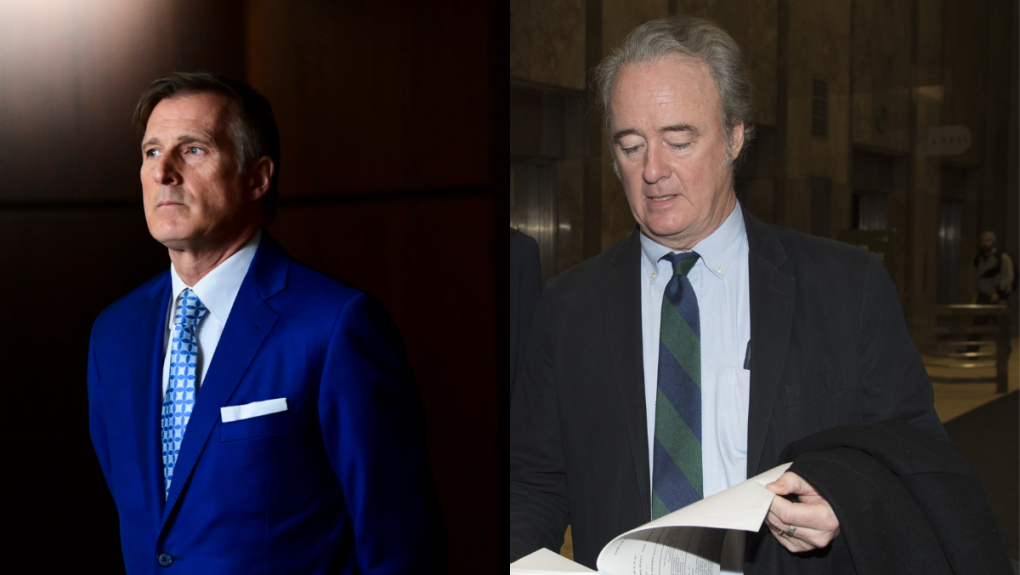 Maxime Bernier alleges Warren Kinsella repeatedly branded him as a racist on social media and blog posts before, during and after the federal election campaign last year. (THE CANADIAN PRESS: Sean Kilpatrick /Frank Gunn)

OTTAWA -- A former member of Parliament and leader of a fringe federal political party says a defamation suit against a prominent political commentator and strategist should be allowed to proceed.

People's Party of Canada Leader Maxime Bernier alleges Warren Kinsella repeatedly branded him as a racist in articles, blog posts and on social media in the run-up to the 2019 federal election.

A lawyer for Kinsella is arguing in Ontario Superior Court the suit from Bernier is a strategic action intended to silence expression in the public interest.

Strategic lawsuits against public participation -- known as SLAPPs -- are levied against people or organizations that take a position on an issue, with the aim of limiting their free speech.

Andre Marin, a lawyer for Bernier, tells the court today that Kinsella is trying to avoid the grip of the legal system.

Marin says Kinsella is relying on anti-SLAPP provisions to deny Bernier his right to a trial on the merits of the case.