Deep freeze: Montreal heading into its first -20 temperatures of winter

MONTREAL -- As far as January weather goes, 2021 has been relatively painless across southern Quebec. But that could change this weekend. Montreal and parts of Eastern Canada are bracing for their first -20° readings of the season this weekend. 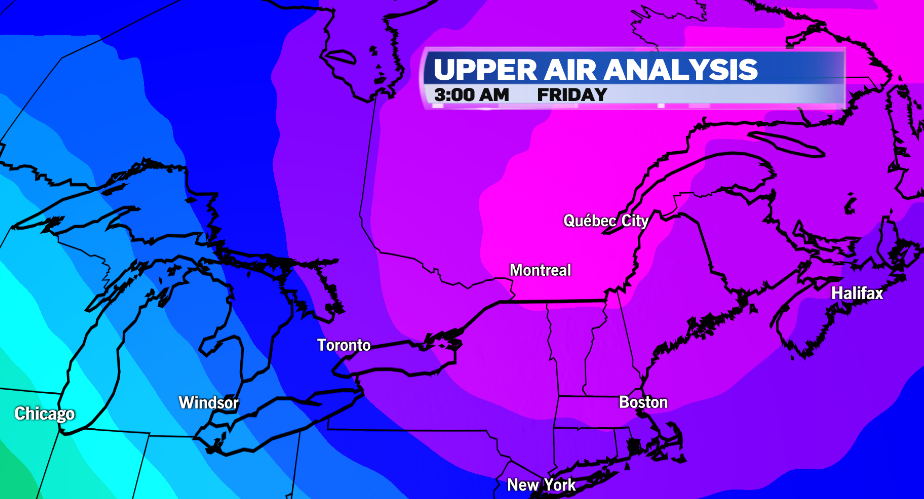 Montreal’s coldest temperature reading of the season so far is -17.9°, recorded on both December 16 and January 24. (With the normal low in January being -15°C, that reading is only a few degrees below average.) 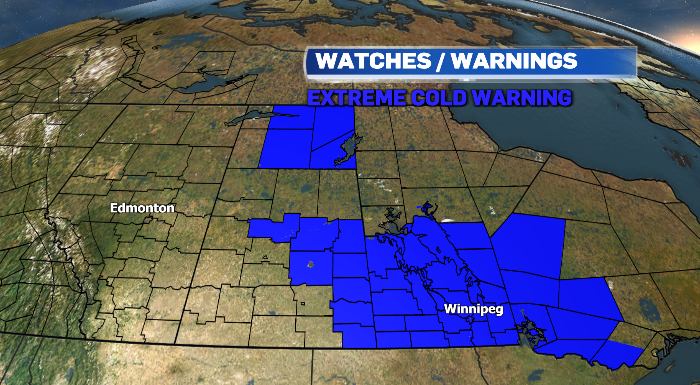 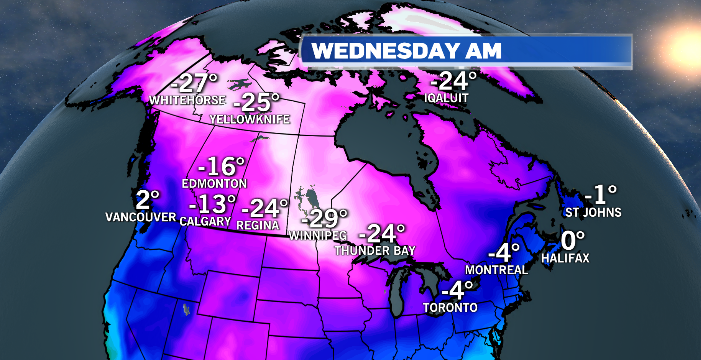 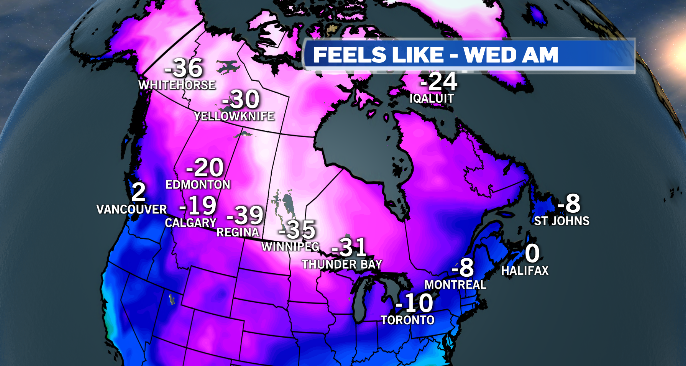 Meantime, cold arctic air has been gripping parts of Western Canada for days. Extreme cold warnings are in place from Saskatchewan through northern Ontario, where windchills in some communities are in the -40s.

Some of that colder air will be shifting east heading into the weekend. Cities like Ottawa and Montreal will see overnight lows in the -20s. But the cooldown should be brief, with temperatures rising above average once again by the middle of next week. 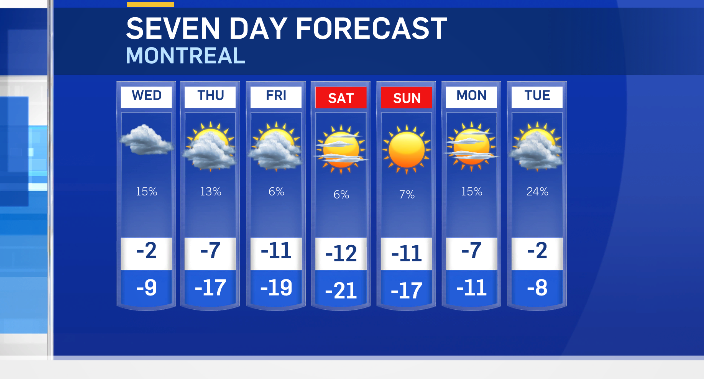