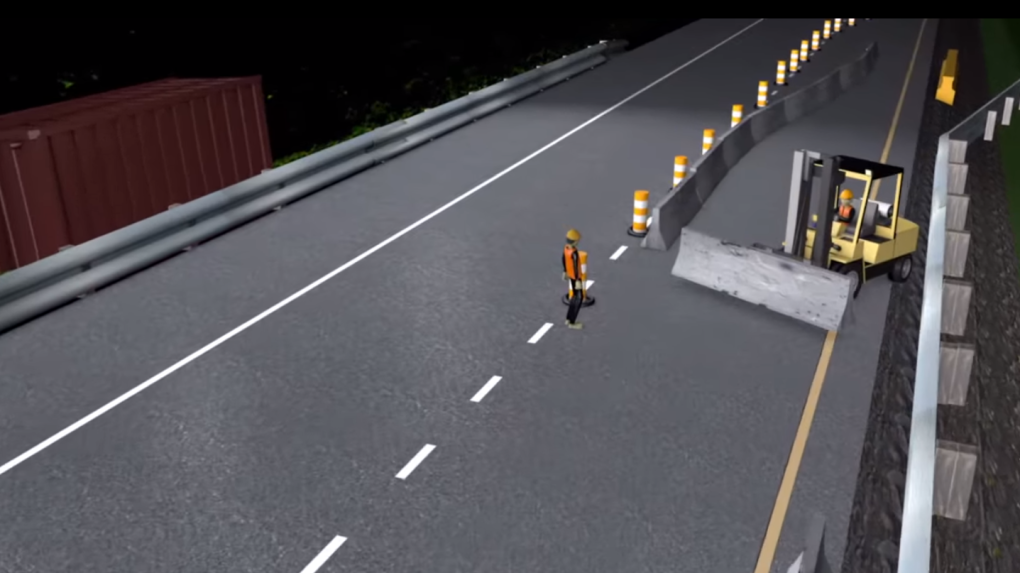 An CNESST investigation into a workplace death in Quebec found that the worker's death was the result of poor construction site planning. SOURCE: CNESST

MONTREAL -- The death of another worker on a highway construction site in Quebec was due in part to poor planning of the work, which put the worker at risk, the Quebec's workers health and safety commission says.

The worker was struck by a motorist while working with a colleague at 3:30 a.m. to install concrete guardrails for a construction site on Highway 20.

In its 36-page report, the CNESST states two causes of death: the fact that the worker was momentarily placed in the lane open to traffic, in the path of a motorist, and that the planning of the work to install the concrete barriers, which was "deficient" and exposed him to the danger of being struck.