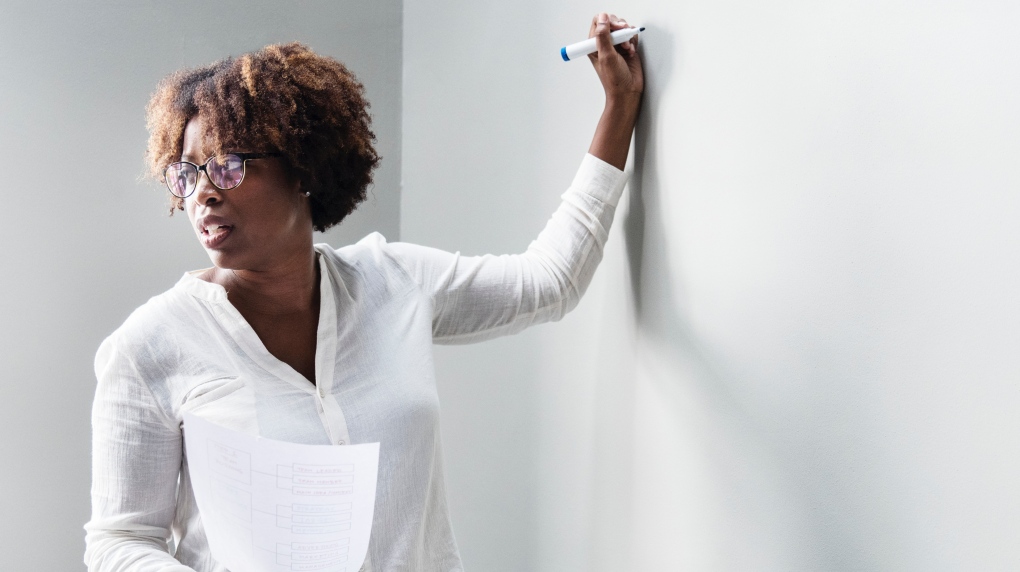 Some teachers' colleges in Ontario require as little as 36 hours of math education, often with more of a focus on methods of instruction rather than mathematical concepts. (rawpixel.com)

MONTREAL -- François Legault is wasting opportunities to take action to minimize the adverse impact of the pandemic on women. Unsurprisingly, his current plan for economic recovery focuses on infrastructure and will largely benefit men.

September’s numbers speak for themselves: seven months after the health crisis started, a comparison with February’s data indicated that declining employment affects women (-81,900 jobs) more than men (-31,700 jobs). Staying on this path would be a setback for the status of women in Quebec — and the head of the CAQ will have it on his conscience.

Fall offers the premier with several opportunities to rethink a more egalitarian society. In particular, events surrounding the 2020 World March of Women, which have been taking place online since mid-October, provide him with an excellent springboard to demonstrate a genuine intention to act.

Quebec is seeing firsthand how fragile its public services are. They have been underfunded for years, if not decades, and we are paying the price for it today. The pandemic has made us painfully aware of shortcomings in the organization of care, social services and education in networks shouldered by women. If the government does not drastically reinvest to address problems caused by this under-investment, we will be heading straight for disaster.

This means paying public sector employees properly and providing them with working conditions that promote staff retention, amongst others. Bold action is required in current negotiations with state workers; the government cannot afford the luxury of making them wait.

RACISM, VIOLENCE AND DISCRIMINATION: WOMEN HAVE HAD ENOUGH

Another event not to be missed this fall: the planned tabling of the recommendations of the expert committee on support for victims of sexual assault and domestic violence. What will the Prime Minister do in a context of confinement where an increase in violence has been revealed? The government’s reaction to the committee’s recommendations will allow us to assess its willingness to support victims.

Moreover, François Legault will have to be more convincing about his intention to combat violence against Indigenous people, especially women. One year after the publication of the Viens report, the troubling death of Joyce Echaquan came as a stark reminder of the government’s inaction towards First Nations.

UNITED DESPITE THE PANDEMIC

In this challenging context, 80 per cent of women are caring for populations of all ages within the education, health and social services networks and in childcare services. Others are struggling to make ends meet. Let us remember that more women work in precarious positions, more women have part-time jobs and more women are paid minimum wage.

Unfortunately, Bill 66 seeks to accelerate infrastructure projects, but does nothing to improve the status of women, since these projects benefit little to women. Yet, according to the Observatoire des inégalités, jobs mostly occupied by men have almost all been recovered in September 2020, while only a third of female-dominated jobs lost due to the pandemic have been recovered. Moreover, the environmental setbacks within the bill may also further affect their quality of life.

Women want concrete measures to overcome the poverty that affects many of them and the violence they are victims of, to establish real climate justice and to promote equality for their sisters from all peoples. These are precisely the demands of the 2020 World March of Women. These measures must be based on a greener, fairer and more inclusive economic recovery, based on better-paid jobs and public services that will allow them to adequately care for the welfare of the population. There is no better time than a crisis to bring about profound social transformation.

A feminist approach to the economy would benefit society tremendously, don’t you think, Mr. Premier?

Founded in 1921, the CSN is a union representing 300,000 workers in Quebec, more than half of whom are in the public sector, including health and social services and schools. About 80 per cent of its public-sector workers are women.